Market dynamics, not regulatory fiat, should dictate whether and where investors choose to access liquidity, say operators of trading venues.

“We think market structure is in a good place right now,” said Richard Hochron, chief technology officer at DirectEdge, at the Bloomberg Enterprise Technology Summit on Wednesday. “Dark pools provide a complementary service to our customers, which we look to integrate into our offerings. We think market forces should determine where customers route order flow. We allow broker-dealers as well as individual investors to access our exchange.”

In the U.S. it is now possible to trade stocks at 300 different venues of which only 13 are exchanges, the rest are broker operated Alternative Trading Systems and other broker operated systems which are known as “dark pools” and account for over 35% of share volume traded in the U.S.

The number of dark pools has grown substantially in the years following Regulation ATS, which institutionalized the concept of alternative trading systems, and especially Regulation NMS [National Market System], which prevented ‘trade throughs’, or the execution of trades at prices inferior to protected quotations displayed by other trading centers.

Under Reg NMS, for a quotation to be protected it “must be immediately and automatically accessible”. 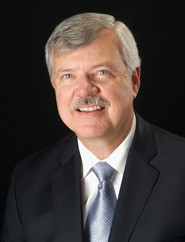 “Reg NMS was designed to synchronize the marketplace,” said Keith Ross, CEO of PDQ ATS, at the Bloomberg event. “Back in 2005, when Reg NMS was introduced, all trading venues had to be linked within one second, which at the time seemed like lot of time. The idea was that it would create incentives for investors to provide liquidity and earn rebates in return. However, there were unintended consequences. In those days, dark trading only accounted for about 15% of trading.”

The crux of the debate over dark pools is whether they should be required to provide some sort of price improvements over quotations on the lit markets.

For the buy side, dark pools have come to be identified by their perceived level of toxicity, or interactions with high-speed traders that move in and out of positions in hours, minutes or even milliseconds.

AlgoSuite’s flagship order type, AlgoWork, is designed to attain the best price at the national best bid and offer. It starts by posting the order on the bid or offer and then uses algorithmic intelligence to identify the ideal time to aggressively cross the market.

The idea is to recreate the attributes of the physical markets as they existed before electronic trading, when a broker would work the order while keeping track of sudden market swings. The PDQ system allows the manual trader to capitalize on rebates when possible, and remove liquidity when necessary.

“When customers looking for liquidity send us an order, we physically pause their order for 20 milliseconds,” Ross said. “When you introduce a pause, it separates high-speed traders demons from the traders who are non-latency sensitive, and allows us to get an order filled with better execution.”

An increasingly large portion of trading in Canada is being conducted without pre-trade transparency, or ‘in the dark’, yet little is known about the market quality impacts of their introduction, according to Sean Foley, a researcher at Capital Markets Cooperative Research Centre, an Australia-based think tank.

The rules would mandate minimum price improvement by dark orders over the NBBO [national best bid and offer] by one full tick.

Often compared to the trade-at rule in the U.S. markets, the idea is to prevent dark orders from jumping in front of visible quotes by some fraction of a tick, and potentially de-incentivizing investors from placing visible bids and offers in the lit market.