Data center providers across Europe continue to build out their facilities or open new ones to cater for the growing ultra-low latency demands of financial services firms for services such as co-location, cloud computing or managed hosting.

As stock exchange operators increasingly become providers of technology services, some, such as NYSE Euronext, have developed theirs in-house while others are increasingly turning to data centers to gain these capabilities.

And due to the need of some to execute trades a microsecond ahead of their rivals, data centers, which can rapidly process vast amounts of information, are becoming big players in financial markets across Europe as firms using high-frequency trading strategies have become firm fixtures there.

In the last week alone, both Equinix and Savvis have announced expansion plans for the European market. 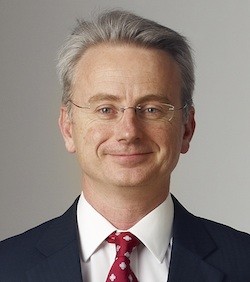 Savvis, which operates more than 50 data centers worldwide, including four in the U.K., opened a new German facility in Frankfurt earlier this week within the city’s financial district. Its customers will gain low-latency market access to more than 150 global and local carriers, along with the trading systems of the Frankfurt Stock Exchange.

“Our multinational clients expect access to the same Savvis capabilities regardless of where they’re operating geographically; our investment in Frankfurt recognizes and supports the increasing hosting needs in this region.”

Equinix, meanwhile, which operates 38 data centers in 13 countries across Europe, the U.S. and Asia, this week launched the third phase of its London LD5 International Business Exchange data center in Slough, which is just outside London. It will add 4,000 square meters of data center space and also features 130 dedicated business continuity trading desks that will provide emergency capabilities for financial services firms in the event of a power outage in central London.

Slough is seen as a good location for high-frequency trading firms as it is near enough the City of London and is also close to a transatlantic network cable landing station that offers a fast connection between London and the U.S. trading venues of New York and Chicago.

“Our LD5 expansion sits in one of the largest and fastest growing data center markets in the world, with increasing customer demand for capacity,” said Russell Poole, managing director of Equinix UK. “This facility allows us to offer highly resilient and secure co-location facilities and to add sector-specific enhancements and features as we go.

“Financial market participants and service providers are key growth drivers currently, and they are experiencing growing regulatory pressure to put business continuity capacity in place. This is why our latest build-out features are what we believe is the most comprehensive and best-connected business continuity offering in the London market today.”

Exchange groups are seeing the potential of Equinix’s Slough facility, which is beginning to gain a critical mass of market participants. For example, Nasdaq OMX is planning to launch a new derivatives platform in London, called NLX, from early next year and will be using Equinix’s Slough facility as its base. Nasdaq OMX picked Slough as it thought it was a logical move to set up there as so many other market participants already operated out of it.

“[The NLX platform] is to based in London, in Slough, where a lot of participants already have a presence which makes it easier,” Charlotte Crosswell, chief executive of Nasdaq OMX NLX, told Markets Media.

“Other venues are also already there. We are keeping the same data center that a lot of people are at so that minimizes the work they have to do in terms of technology linkages.”