Portfolio managers have not missed the bus regarding incorporating alternative data into their investment strategies, but it is leaving soon, according to the experts.

Skeptics may think that it is too late since everyone is already using it and seeing the same signals, according to Olga Kokareva, head of data sourcing and strategy at Quantstellation and who spoke recently at an industry panel. 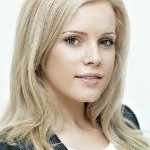 “It’s going to be too late because if you don’t use it …you will not be able to compete with everyone who is,” she noted.

For the past several years many in the industry have defined alternative data as non-traditional data that can help detect trading signals.

However alternative data can be viewed as new data that has never been available previously, such as online sentiment data, logistics data from package-delivery firms, or point-of-sale data. Other alternative data sets could be existing data that analysts view in a new way.

For some, “alternative data” is a misnomer for “specialized search,” which has been arduous to collect.

Portfolio managers can find the ever-growing number of alternative data providers daunting, especially when they start dipping their toes into the water.

Portfolio managers should look at their regular processes and think of one piece of information that would have their models perform better and start from there, recommended Jeff Ferro, most recently the head of alternative data strategies at BattleFin and who also spoke on the panel.

“Even if it has been around for a long time, you can put a new creative spin on the data, which produces new views,” he said. “Once you start combining these views, you have a new insight.”

Alternative data can provide portfolio managers with new trading signals, but they are subject to the same limited shelf-life of their conventional counterparts.

“There is no model of which I’m aware that lasts forever no matter how novel it is,” said Erez Katz, co-founder and CEO of Lucena Research and whose firm hosted the panel. “It eventually gets exploited.”

He cited co-integration-based pairs trading, in which a trader selects a pair of stocks that move similarly over time, shorts one while remaining long in the other when they diverge, and cash out when they converge again, as a prime example.

“It was a popular notion in the 80s until Knight Capital put out a white paper on it in 2012,” said Katz. “We backtested the strategy, and it tested well through 2012 and then it went flat in 2012 when everyone started to do the same thing because of the white paper.”

One manner in which firms can extend the useful life of their alternative data is to incorporate it into multi-factor models, which are based on a series of weak un-correlated models that provide slight advantages over a random walk, he added.

The portfolio manager then can use the best performing un-correlated models as a jury to determine if a trading signal is present, and weigh the better performing models heavier.

“The result is a dynamic multi-factor model that adjusts to the market,” said Katz.