In just three years since launching, Quantile Technologies has won LCH and CME as clearing houses for its compression and margin optimisation services and the start-up aims to expand by adding more clearers and foreign exchange services.

Andrew Williams, chief executive of Quantile Technologies, told Markets Media “Quantile was set up in the summer of 2015 as banks wanted a trusted third party to reduce risk for the market as a whole.”

Williams previously worked at Morgan Stanley for 18 years, where he managed the CVA /XVA trading (counterparty valuation adjustment/X-value adjustment ) desk and held senior risk management roles in London, New York and Tokyo. His co-founder, Stephen O’Connor, is Quantile’s chairman. O’Connor had a 20-year career at Morgan Stanley and has served on industry bodies including as chairman of ISDA, the derivatives trade association.

In November 2016 Quantile announced the launch of a risk reduction service with AcadiaSoft, who automate collateral management, to reduce counterparty credit risk and associated resources such as initial margin across asset classes.

Williams said: “AcadiaSoft put out a request for proposal for margin optimisation in late 2016 and Quantile won the process.”

Improving the efficiency of margin processing was important as regulators have phased in new requirements for the exchange of margin for uncleared products. Phase four, which affects the buyside, will come into force in September next year with the final phase going live in September 2020.

“We launched the initial margin product in foreign exchange, where margins were rapidly rising,” added Williams. “We have added cycles for equity derivatives and interest rate swaps.”

Last month Quantile announced the successful completion of its first initial margin optimisation cycles for non-deliverable forwards with CME Group, the US derivatives exchange. NDFs are derivatives that are used to hedge or speculate against currencies where exchange controls make it difficult for overseas investors to make a physical cash settlement, for example, the Chinese renminbi.

Matt Turner, director, XVA trading at Standard Chartered, said in a statement: “Since the commencement of the optimisation cycles we have seen significant savings in our overall margin requirements and by widening the number of participants, we see potential for increasing this benefit further.”

CME this week also announced that four firms participated in its first-ever multi-lateral compression cycle for equity options on futures. The cycle reduced 587,000 contract sides and compressed portfolios submitted for this cycle by 22%.

Tim McCourt, CME Group global head of equity products and alternative investments, said in a statement: “Multi-lateral compression services are designed to increase liquidity and market quality across the equity options complex, while minimizing the impact of capital requirements faced by our clients and clearing members.”

Williams continued that Quantile wants to extend coverage to reduce initial margin in cleared products. There is also scope to add larger buyside firms who want to reduce their margins, especially with CCPs.

“Just in the margin process, we can reduce the funding requirement by billions of dollars on a weekly basis,” he added.

“We have made compression more efficient and introduced competition to this space,” added Williams.

Compression allows clients to “tear-up” offsetting trades in their portfolios to reduce the notional outstanding and the number of line items in their portfolio while maintaining the same risk exposure. Use of compression services has increased following the introduction of stricter capital requirements, such as the Basel III leverage ratio, which has led to banks reducing their balance sheets and capital efficiency becoming increasingly important. 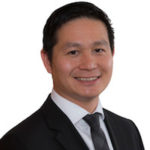 Cameron Goh, global head of product, rates at LCH, told Markets Media in August: “In addition to TriOptima, new approved compression service providers Quantile Technologies and Capitalab have both run their first risk-constrained LCH cleared compression cycles since the launch of the programme in the fourth quarter of 2017. Customers can decide which compression cycle to run which encourages choice and innovation.”

Williams said: “We connect to LCH, but based on client feedback we are in discussions with other CCPs, including CME and Eurex, to add them to the compression cycles. We are growing rapidly in terms of volumes and aim to be the market leader in this space by increasing the size of the network and improving efficiency.”

He continued that Quantile aims to expand by adding more CCPs, more counterparties to the network and by reducing risks for listed products.

“We are looking at cross-currency swaps, which can be capital expensive,” Williams said. “Next year we will also focus on launching more foreign exchange services.”