Derivatives trading costs could nearly double if volatility increases, which requires firms to ensure they have an efficient hedging strategy in place.

High volatility could increase initial margin by up to 94% for some portfolios according to derivatives risk analytics provider OpenGamma. These portfolios calculate margin requirements using a standard portfolio analysis of risk (Span) methodology for futures and options. 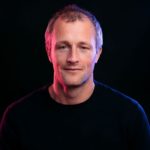 Peter Rippon, chief executive of OpenGamma, said in a statement: “No fund manager wants to be posting more margin than they need to. Understanding how to control initial margin costs will be key for firms to maintain liquidity, as they may need sufficient cash to buffer against unpredictable market conditions.”

OpenGamma’s research also found that by hedging appropriately, the initial margin increase would fall to a much lower 14%.

The analysis calculated margin requirements through stress testing fixed income futures using a time series for margin rates for contracts traded on exchanges, including CME and Eurex, from 2008 to 2018. However, clearing houses are moving away from the Span model and using Value at Risk (VaR) instead.

OpenGamma said: “Eurex leads the way with its ‘Prisma’ methodology and other CCPs are developing their own VaR-based algorithms.”

Using the VaR methodology, initial margin requirements could increase by almost 70%, but decrease to 35% if appropriately hedged.

Rippon continued that with the UK’s departure from the European Union and the ongoing trade war between the US and China, volatility is likely to increase.

“This is why, during these periods of market turbulence, understanding which positions are likely to incur a larger increase in margin requirements is imperative in order to reduce costs,” Rippon added.

Costs have become critical for the buy side due to increased competition from low-fee passive funds.

In addition to the potential increase of margin costs due to volatility, another phase of the margin requirements for uncleared derivatives is due to go live this year. In September uncleared initial margin rules will apply to many more smaller asset managers as regulators encourage the market to shift towards trading on regulated venues rather than over-the-counter.

The amount of additional margin posted per trade is predicted to hit $2 trillion by the end of 2020 – mainly as a result of uncleared margin rules. Click the link to find out more on our latest infographic >> https://t.co/DowExyjA6G pic.twitter.com/4DLlyNx0t8

In the equity markets, increased volatility in the final quarter of last year led to the highest global trading costs in the previous three years according to research from broker ITG.

Trading in all regions became more expensive, with the exceptions of emerging Europe and Middle East & Africa. ITG said in a report that commissions per share decreased slightly in the US and remained flat for the global traded universe over the same time period.