Christian Sewing, chief executive of Deutsche Bank, said the firm has received unsolicited interest to purchase businesses it is closing as it aims to become a focused financing, advisory and capital markets investment bank.

Deutsche Bank said in a statement yesterday it will exit global equities (cash equities, equity derivatives and prime finance.) In addition it will reduce its rates business and accelerate the wind-down of non-strategic assets.

Sewing said in a presentation in London this afternoon: “The days of spectacular ambitions for the investment bank are behind us but competitive and sustainable profitability is coming.”

"We compete where we can win." CEO Christian Sewing speaks about the bank's situation and how to become more profitable, improve shareholder returns and drive long-term growth https://t.co/2T5w1PnKBW pic.twitter.com/P90H3aY4Uc

As a result Deutsche bank has entered into a preliminary agreement with BNP Paribas to provide continuity of service to its prime finance and electronic equities clients, with a view to transferring technology and staff to the French bank in due course if the deal is approved and completed.

“Since we announced the deal with BNP Paribas we have had a lot of unsolicited interest to purchase businesses,” said Sewing.

“We believe that secondary flows are less linked to primary activity,” added Sewing.

In order to provide strategic advice to corporate clients, Deutsche Bank will also keep equity and macro research in core sectors, but declined to give further details in the presentation.

Sewing continued that the investment bank will be globally competitive in its core markets as three quarters of its businesses hold top five market positions. He added that Deutsche Bank is leader in debt capital markets, leveraged finance, structured finance, asset backed securities and commercial real estate and has a foreign exchange platform with focused rates and flow credit capabilities to support the bank’s global corporate and institutional clients. The firm also aims to be a trusted advisor on M&A and debt issuance.

“The investment bank will shrink in size but gain in competitiveness and resilience,” said Sewing. “We will only operate where we can compete and will maximize returns by competing as a market leader.”

Deutsche Bank is creating a separate technology function to optimize its IT infrastructure and drive digitalisation of all its businesses. The function will be led by Bernd Leukert who will join at the start of September from German software firm SAP, where he has been a member of the management board since 2014.

“We are making a step change in our embrace of technology to become more efficient and enhance innovation,” said Sewing. “Leukert will help us tremendously, not only in improving our own technology, but also in driving innovation and agility and developing client offerings.”

Deutsche Bank is investing €13bn by 2022 in technology and innovation. 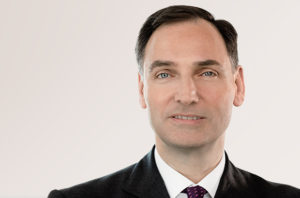 James von Moltke, chief financial officer of Deutsche Bank, said in the presentation that it was critical not to cut IT spending, which has been running at €4bn a year.

“2019 will be the peak year for IT spend as accelerated software amortization reduces spend in future years,” added von Moltke. “We will generate savings from the vendor rationalization program in the investment bank which started in 2018 as we internalize close to 5,000 full- time equivalents at lower cost.”

Mullany said: “However, it still does not change the fact that Deutsche Bank is exposed to an industry in structural decline (investment banking) and one in which the marginal pricing is to be break-even (German retail). While shares may rally as Deutsche Bank does not plan to raise additional capital for the plan, we would be selling into any strength as its strategy has significant execution risk and leaves it with little room for error on capital.”

The analyst also highlighted that the German bank plans to run off assets that accounted for €2.5bn of revenue in 2018, one tenth of the group total, and he is concerned that this could impair the franchise further, leading to additional revenue attrition.

“We saw this in 2018 when Deutsche Bank removed €100bn of leverage assets from the corporate and investment bank while expecting a limited impact on revenue,” said Mullany. “Only one quarter later, it downgraded its revenue guidance, citing a greater-than-expected impact from the restructuring.”

Von Moltke said in the presentation that there is likely to be a revenue impact in businesses that are adjacent to the ones being closed.

“However, this will be offset by growth as we become more competitive,” added von Moltke.

Mullany continued that Deutsche Bank now targets an 8% return on tangible equity in 2022 but this relies on growing core revenues by over 2% per annum while reducing adjusted costs by €6bn to €17bn. He concluded: “Considering the adjustments it is making and the potential second order effects of this, we struggle to see how it will deliver on this target.” 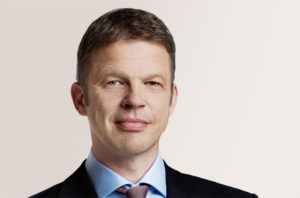 Sewing said in the conference that he was confident that Deutsche Bank would meet it’s targets. “The times of over-promising and under-delivering at Deutsche Bank are over.”

The chief executive continued that analysts and investors may feel they have heard about restructuring plans from Deutsche Bank before, but this time is different.

Sewing added that he will be investing in the bank so he has a personal stake in the restructuring.

The bank will hold an investor day in the fourth quarter to give more details of its plans.