Assets reached $20bn on August 7 which means that Deutsche AWM’s X-trackers has become a top-10 ETF provider in the US according to the firm.

Jerry Miller, head of Deutsche AWM in the Americas, said in statement: “In just two years, we have taken our platform from under $500m to $20bn in assets under management, proving our commitment to delivering innovative investment strategies to our clients and the opportunity that lies ahead of us.”

Dodd Kittsley, head of exchange-traded product strategy in the Americas, told Markets Media there were many factors behind the growth in assets including the firm growing its education outreach to investors, producing more thought pieces on products and the underlying markets and expanding its distribution team.

Kittsley joined Deutsche AWM in April last year in the newly created position of head of ETP strategy in the Americas, based in New York. He was previously global head of ETP research for BlackRock and head of due diligence for iShares.

He said: “A stronger US dollar has meant that our currency-hedged strategies have resonated with investors and we have the broadest suite of currency-hedged products with 22 individual solutions.” 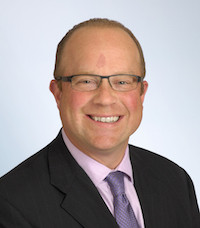 The portfolio manager of a currency-hedged ETF enters into  forward contracts to minimize the fund’s exposure to foreign exchange fluctuations and they have become popular with investors as the US dollar has strengthened. Rival WisdomTree has also had large inflows into its currency-hedged ETFs.

Deutsche X-trackers’ flagship US currency-hedged ETF – the MSCI EAFE Hedged Equity Fund (DBEF) – has grown from $1.7bn in assets under management at the start of this year to $13.6bn.

“DBEF hit a perfect storm but is emblematic of the hard work and education we did with investors to show why currency hedging is important,” added Kittsley.

“We have a broad range of products that resonate with investors that are not just suited to a strong US dollar environment,” said Kittsley. “We have three interest rate-hedged ETFs that also add value when allowing for interest rate risk and we are educating investors about they should fit into an overall portfolio.”

In addition to growing its currency-hedged ETF suite, X-trackers offered the first US-listed ETF to track A-shares on the Chinese mainland. The fund launched with more than $100m in 2013 and in March increased the number of creation units that it accepted from one to 25 per day due to demand.

Kittsley said: “This was a game changer which gave investors entry to the second largest stock market in the world, which had previously been inaccessible.”

X-trackers also launched the first US-listed ETF to track the JPX-Nikkei 400 Index which is used as a benchmark by Japan’s Government Pension Investment Fund, the world’s largest pension fund.

Kittsley said: “This Japanese ETF can be offered as a smart beta product as companies have to be focused on strong shareholder relationships and an above average return on equity to be included in the index.”

One of the growth areas in the ETF market is expected to be smart beta funds, which do not follow standard market-cap weighted indices, but track other investment factors such as dividend yields.

“We have differentiated ourselves through identifying blind spots in the market and providing efficient solutions to give investors access, such as in China,” he added. “Currency hedging has been around for 40 years but we democratized the strategy by giving access to a much broader range of investors and we will continue to bring differentiated and relevant solutions to the marketplace.”

Kittsley was confident that Deutsche Asset & Wealth Management’s US ETF platform could continue to expand aggressively, despite fast growth over the last two years.

“There is a lot of room for continued growth in passive and index strategies which are still only between 15% and 16% of mutual fund assets. It is not a zero sum game and active strategies will grow as well,” he said.

For the year-to-date through to the end of July BlackRock’s iShares gathered the largest net ETF/ETP inflows in the US of $49.6bn followed by Vanguard with $45.6bn. WisdomTree was third with $21.3bn followed by Deutsche X-trackers at $14.5bn said ETFGI.

Kittsley said: “We can continue to grow aggressively in both our existing products and bringing new products to market. We have been set a very high set of expectations.”