A plurality of banks is turning towards “platformication” to improve innovation, according to recent research by analyst firm Celent.

Of the financial institutions surveyed by Celent, nearly 40% of the banks are using or actively investigating platforms, noted Gareth Lodge, a senior analyst at Celent and author of the research. 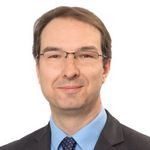 “Furthermore, they saw the same benefits as we did, with 60% ranking the benefits of accessing new technologies and being able to build and test in an agile way either first or second priority,” he wrote. “Our conclusion then is that the industry is close to the much wider use of platforms.”

Only 12% of those polled said that they were unlikely to consider platforms.

Once such platform is Finastra’s FusionFabric.cloud offering, which the vendor launched today, June 5, after nearly a year in development.

The platform, which has approximately 60 providers in the proof-of-concept stage, is more than a collection of APIs, Natalie Gammon, chief cloud officer at Finastra, told Markets Media. 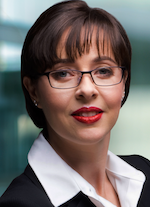 “We have opened not only our APIs but our core banking infrastructure,” she said.

The offering consists of a low-code drag-and-drop development environment, a production environment, and an online market for pre-made applications and operates in the Microsoft Azure cloud-computing environment.

During the platform’s initial deployment, Finastra will focus on APIs and applications for the retail and corporate banks with a focus on capital markets and investment banking to come later, according to Gammon.

In other Finastra news, Finastra’s board has promoted deputy CEO Simon Paris to CEO of the firm replacing Nadeem Syed, who has stepped down to join Vista Equity Partners as an operating principal. Most recently, Paris was president, industry cloud at SAP for eight years before joining Finastra as its deputy CEO in June 2015.