GS: It’s All About the API

Financial services will see old dichotomies like the buy and sell sides as well as front office and middle/back office fall by the wayside in the coming years, according to Goldman Sachs. 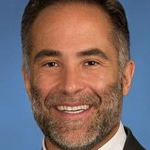 “If you were comfortable living in a binary world where this company is my client and that company is my competitor, you really ought to re-think that,” said R. Martin Chavez, global co-head, securities division at Goldman Sachs, during a fireside chat at the DTCC’s Fintech 2019 Conference in Midtown Manhattan. “The way we see it going is to APIs. I cannot say it enough; it is going in the direction of who produces APIs and who consumes APIs.”

Although Chavez declined to predict when the trend would affect all of Wall Street, he cited sci-fi writer William Gibson: “The future is already here- it’s just not very evenly divided.”

The push to open APIs is the latest attempt by firms within the industry to differentiate themselves from their competition.

Some might see it as giving away the investment bank’s secret sauce, but the firm has a business “to the extent that our clients perceive themselves satisfied with our products and services,” he added.

Goldman Sachs views the more than 30-years worth of trades, risks, and models that is has curated, cleaned and stored in SecDB as a significant differentiator.

However, exposing a company’s APIs comes with some constraints as clients typically want open APIs from multiple providers that are freely licensed to produce and export, according to Chavez.

“Then the consumers can judge you on your service-level agreement, pricing, capacity, risk or whatever else it is,” he added.

At the same conference, the DTCC announced plans to launch a marketplace where clients can access APIs for the industry utility’s product and services later this year.

The initiative builds upon an internal API marketplace that the DTCC rolled out in 2018 to help its developer to find and re-use software within the organization, Michael Bodson, president and CEO of DTCC, said during his opening remarks.

“Longer-term, however, we plan to expand the platform approach to our ecosystem and offer a much broader and diverse set of APIs and capabilities to support them,” he added.