Yuval Rooz, co-founder and chief executive of Digital Asset, said interoperability will be a key focus as Goldman Sachs joins the network being built by the fintech.

Digital Asset has developed Daml, an open source smart contract language that developers can use to write and deploy full-stack, distributed applications for distributed ledger technologies, blockchain or tradition databases in just days.

Check out the great news coming from #HKFintechWeek! It’s exciting to be part of another key initiative around #asset #tokenization. https://t.co/fYcZLXoKEw

Goldman Sachs will use Daml to develop its tokenized asset infrastructure supporting the end-to-end digital life cycle across multiple asset classes on permissioned and public blockchains.

Yuval Rooz, co-founder and chief executive of Digital Asset, told Markets Media: “It is the combination of Goldman Sachs’ position in the market and their capability from a technology perspective which makes this important.” 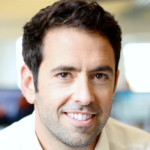 He continued that Goldman Sachs, generally speaking, takes a very hard look at build-versus-buy and has recently become more willing  to use open source technology, which is also significant.

Mathew McDermott, global head of digital assets at Goldman Sachs, said in a statement: “It is critical to create distributed networks and digitization workflows across financial institutions and clients, interconnecting traditional and new market infrastructure. Daml-driven solutions, selected by leading market operators, could be an accelerator for us to achieve this.”

Rooz said interoperability will be by far the biggest focus next year. “Next year the the goal is to be the network of networks,” he added.

In addition to partnering with banks, Digital Asset  is also working with several exchanges on digital securities projects.

“People are starting to understand that defending a liquidity centre is not necessarily something they will be able to continue doing,” Rooz added.

He described the industry as moving closer to a digital post-trade ecosystem, although process is dependent on regulators allowing dematerialization of securities, which may require legislation.

We are excited to be working with @DeutscheBoerse on its new post-trade platform, #D7. Together we are realizing our shared vision of #digitizing financial markets! Read more!https://t.co/vkcpNGjCd6

In the first phase of the project Deutsche Börse is working with Digital Asset to build a central registry system this month on a centralized database which forms the basis for issuance and custody of dematerialized securities.

Jens Hachmeister Deutsche Börse’s managing director, issuer services and new digital markets, said in a statement: “It’s with technology partners, like Digital Asset and others, that we can foresee having over 80% of German securities digitized via D7 by mid-2022, fostering digitization of the German and European financial markets.”

Great news from Kuala Lumpur! @BursaMalaysiaKL sets its sights on dematerialization of securities certificates. We are excited to be part of this effort alongside @vmwblockchain. Read more. https://t.co/jF6tZhgZhu #capitalmarkets #daml #blockchain

Digital Asset aims to create a Global Economic Network by allowing different Daml implementations to interconnect with one another, independent of their underlying technology.

Rooz said: “We’re going to really start focusing on the Global Economic Network and connectivity. Once you do that, and allow digital securities to be issued, then you are taking steps toward a global post-trade service where assets can move more efficiently.”

Couldn’t be more proud of our team at @digitalassetcom. @Damldriven vision is to create a Global Economic Network of interconnected data systems. Come join our journey! https://t.co/nshfO62Vm7

He highlighted the closure of the funding round as one of the firm’s achievements this year. Digital Asset has used the funds for hiring and education.

“We will be hiring more staff and are trying to focus on diversity,” Rooz added. “In the last quarter we hired 60 individuals and more than 50%  were from diverse or under-represented groups which is pretty cool.”

Another achievement has been the growth in revenue.

Rooz said: “When I started as CEO three years ago we had a handful of clients and now there are about 40. We have a fairly large pipeline of about 100 clients.”