The Need for Disambiguation

There are lots of buzzwords flying around financial services these days. Fintech, robo-advisory, and regtech are just a few of the terms that firms are exploring, or adopting, as a way to improve processes and innovate.

But perhaps feeling a need to jump on board with the latest trend, wealth managers and brokerage firms run the risk of pushing ahead with an initiative without properly connecting the dots to what it will do for their business. 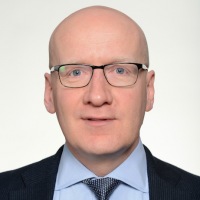 “We have received a number of requests recently deriving from a slightly confused jumbling of labels, for what’s seen as must-do activity but with no clear alignment to the business,” said Leda Glyptis, director at consultancy Sapient.

“We found that there is an urge among the organizations we work with to respond to what they perceive as activity in their space — some of it threatening, some of it educational, some of it just new,” Glyptis told Markets Media. “There is a need to understand the process and react, and very often what they’re reacting to is a mass of activity under a label. This serves its purpose in terms of communicating the need to understand the phenomenon, but it stops being useful extremely quickly.”

Much of the lack of clarity on the part of market participants stems from ambiguity around terminology, i.e. how a term might mean different things to different people. Three wealth managers might approach a technology provider about starting a robo-advisory practice, but with entirely different underlying perceptions of what robo-advisory is and what it can accomplish.

Labels can serve to simplify a concept, which is especially useful for the financial press. But too often in financial services, labels are overly broad and nebulous, which can result in mislabeling or at best a tenuous connection between the label and the business initiative.

“People love labels because people are busy, and as soon as you put a quick label on something you can define it without having to explain it,” said R.A. Farrokhnia, a Columbia Business School professor and head of ventures at StoneCastle Partners, a $5 billion asset management and finance firm. “But that’s problematic because in fin services in general, and fintech in particular, there are a lot of nuances to different operating models.”

Farrokhnia noted that labels can be incomplete, and in financial services, the stakes are higher than in other industries such as telecom because money, and fiduciary responsibility are on the line.

“It touches people where it matters the most, their wallets,” he said. “So you are beholden to much higher standards…This means the cost of developing something new is higher, which makes people a bit risk averse and exasperates a perennial problem within the entrepreneurial innovation mindset, that people tend to develop a solution first. They look for a problem to plug this back into, instead of the other way around.”

Labels “distract firms from focusing on enabling their clients customers and fulfilling their needs,” said Conor Ogle, vice president at Sapient. “It is problematic because the labels being assigned to various issues as some sort of panacea are also highly ambiguous. So while it would be easy to give a direct answer to the query ‘But what should I do about…’ the far greater impact is derived from helping firms to identify the underlying challenge they’re tackling.”

Ogle said the problem manifests itself as “activity-based funding,” through the IT department rather than the business. “The result is that many of the changes occurring are often in areas that the end client only sees small, incremental changes, for what is a large expenditure. The answer, however, is not to throw more money at it but to reframe the issues around client needs.”