Distributed ledgers, the technology behind the Bitcoin blockchain, can be used to issue, trade and process an array of financial instruments on a single, global, decentralized peer-to-peer financial network.

Symbiont, a startup that’s backed by several high-powered Wall Street figures, has established a platform for so-called smart securities, or financial assets that are programmable versions of traditional securities, using the distributed ledger.

“The real value of this new technology is in the underlying protocol, the distributed nature of the Bitcoin blockchain, and the immutable nature of its ledger,” Symbiont CEO Mark Smith told Markets Media.

The distributed ledger is “a way to create new securities that could solve some of the problems that existed in the more opaque, less transparent, less liquid markets,” Smith said. “We started to research technology stacks that allow us to do that.”

Interest in the use of blockchain technology is growing rapidly with the realization of its importance in the creation of trusted networks to more rapidly and cost-efficiently trade and process financial transactions. 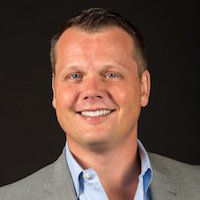 Another is Digital Asset Holdings, which uses distributed ledgers to effectuate financial settlement of both digital and mainstream financial assets in a cryptographically secure environment where counterparty risk is minimized, and settlement times are drastically reduced.

“Distributed ledger technology does have the potential to be disruptive of certain business models,” said Blythe Masters, CEO of Digital Asset Holdings, at the Exponential Finance conference in March. “But it has at least as much potential to be enormously empowering of existing business models in terms of making them lower cost, more efficient and less risky.”

Symbiont was formed as a combination of MathMoney (fx) and Counterparty, creator of the Counterwallet deterministic web wallet, which was founded in 2013.

“We have launched Symbiont to create a generic platform that can operate on multiple types of cryptographically protected distributed ledgers to create what we are trade marking Smart Securities,” said Smith. “It’s a digital security that can be programmed with all the terms and conditions of a financial instrument. Once issued on a block chain, it can act autonomously to execute and extract terms and corporate actions without any human intervention.”

“Symbiont is bridging the gap between Wall Street and the emerging blockchain ecosystem,” said Niederauer, managing member of 555 Capital and a member of the Symbiont Board of Directors.”It’s an exciting, timely and much-needed development for the long-term health of the markets.”

Because Symbiont is headquartered in the State of New York, it will be subject to New York’s new Bit License, even though it’s not a Bitcoin Company. “If you touch the Bitcoin chain in any way, you most likely are going to be regulated by the New York Department of Financial Services,” said Smith. “One of the big reasons why we brought in guys like Duncan Niederauer and Matt Andresen is that they have intimate knowledge of market structure as well as regulatory structures to be able to remain compliant.”

SenaHill Partners is acting as Symbiont’s business development agent. “SenaHill Partners is a new merchant bank focused on fintech companies, and specifically on assisting a transition from analog-based financial services into technology-based financial services,” Smith said. “All of our access into the Street comes through SenaHill, so SenaHill is an important part of the Symbiont story.”