The Committee on Payments and Market Infrastructures has identified large-value payment systems, central securities depositories, securities settlement systems and trade repositories as businesses that could be affected by the widespread adoption of distributed ledgers.

Distributed ledgers allow peer-to-peer transactions in the absence of trust between the parties and without intermediaries to clear and settle transactions. A payer typically use cryptographic keys stored in a digital wallet to initiate a transaction that transfers a specific amount of value to the payee. A confirmation process validates the transaction and then adds it to a decentralised ledger which is accessible to the whole network.

The CPMI, set up by the Bank for International Settlements, said in a report on digital currencies that central banks are likely to focus on the new technology’s payment system implications in the short-term. However distributed ledgers potentially have broader applications including adoption by some financial market infrastructures (FMIs) and more broadly by other networks in the financial system.

Benoît Cœuré, chairman of the CPMI, said in a statement: “Even if today’s schemes do not endure in their present form, it is likely that other products, services and business models based on the same underlying technology will continue to emerge and develop. This might lead to changes in the way that FMIs and other market participants operate.”

The report said digital currencies schemes are not widely used or accepted and face a series of challenges that could limit their future growth, such as speed and scale.

“However, some digital currency schemes have demonstrated that their underlying technology could feasibly be used for peer-to-peer transactions in the absence of a trusted third party,” added the study. “In particular, these improvements might arise in circumstances where intermediation through a central party is not currently cost-effective.”

Post-trade expenses have been estimated to cost the financial industry between $65bn to $80bn per year. The committee said it is possible that distributed ledgers could also have an impact on the pledging of collateral or the registration of shares, bonds, derivatives trades and other assets. 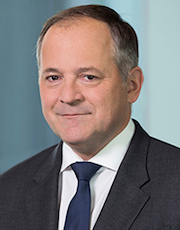 “The development of “smart” contracts based on distributed ledger technology capable of executing payments under certain conditions could allow variation margin payments on an individual contract basis. This could significantly alter how bilateral margining and clearing works today, with net positions and collateral pools,” said the report.

The confirmation process for digital currency schemes can differ in terms of speed, efficiency and security and the amount of information stored.

One  distributed ledger initiative, SETL, hopes to become the blockchain platform used for institutional payments and settlements. Blockchain underlies the bitcoin virtual currency and is a public anonymously shared ledger while SETL is a permissioned distributed ledger which aims to meet the regulatory requirements of financial institutions for settling wholesale transactions, such as the use of LEI – Legal Entity Identifier – fields.

In July SETL announced plans to launch a multi-asset, multi-currency institutional payment and settlements infrastructure in central bank money, based on blockchain technology, which can by used for any platform, exchange, currency or asset. In October SETL said its test network had broken through the barrier of one billion transactions per day by using a network which runs across a number of interlinked and communicating blockchains.

SETL faces competition as banks, exchanges and clearers have set up their own blockchain and payment initiatives. For example, Santander Group, the Spanish financial services firm, has launched Santander InnoVentures, a $100m fintech venture capital fund, and its Fintech 2.0 report highlighted uses for distributed ledger technology.

Mark Buitenhek, global head of transaction services at ING, said in a statement: “Working together, we will develop innovative banking solutions for our clients with consistent standards and protocols guaranteeing widespread adoption. We are convinced that this initiative brings together unique sets of expertise and experience in electronic financial markets, distributed ledgers and blockchain technologies.”

R3, which  operates in New York, London and San Francisco, also announced the appointment of five staff last month to manage, design and deliver technologies to the consortium. They include Richard Gendal Brown as chief technology officer and James Carlyle as chief engineer. Gendal Brown was previously executive architect for banking Innovation at IBM while Carlyle was formerly chief engineer for personal and corporate banking architecture at Barclays.