Capital markets are at a key juncture in the development and adoption of distributed ledger technology according to consultancy Capco who said  that its application to post-trade settlement will be the next trend.

Capco said in a report, How can digital help realize value in capital markets ?, that DLT provides efficient and resilient information transfer that are estimated to save capital markets billions in operating expenses once adopted in full.

The study highlighted some current uses of blockchain. For example, the US Office of the Comptroller of the Currency (OCC) has approved the use of stablecoins as payment and for financial institutions to participate in independent node verification networks. As a result JP Morgan has created a digital currency, JPM Coin, for repo trades with their bank and broker-dealer counterparts allowing allow cash and treasuries to be returned with minimal cost, risk and instant execution.

This coin has been mentioned in the World Economic Forum toolkit next to SWIFT for cross border settlements.

Liink network is built using Quorum blockchain, which is a permissioned version of Ethereum.

In equities Bank of America has partnered with Paxos Trust Co for the settlement of equity trades in minutes rather than two days .

Capco said: “While current applications of blockchain are limited, as interoperability with current capital markets infrastructure remains a challenge, through the sophistication of blockchain technology, we expect to see its benefit of speed and efficiency to unlock new growth potential for the industry long-term, exponentially favoring early adopters.”

For example, banks can use an AI-powered chatbot to help their clients (e.g. large corporates) learn from existing conversations happening onsite between sales traders and their clients.

“Companies such as Drift currently provide this service,” added Capco. “Information gathered from existing chats enable the bot to answer questions, understand what a good lead looks like, and generate leads organically at scale.”

In the front office AI can be used for surveillance, particularly as employees need to be monitored when working from home.

“Employee monitoring software, such as Microsoft MyAnalytics, can be used to monitor employee behavior, but such tools are nowhere near as effective as the ‘on-premise’ surveillance technologies implemented at the office,” added Capco. “Surveillance will need to continue to evolve as people adapt to a hybrid model of working.” 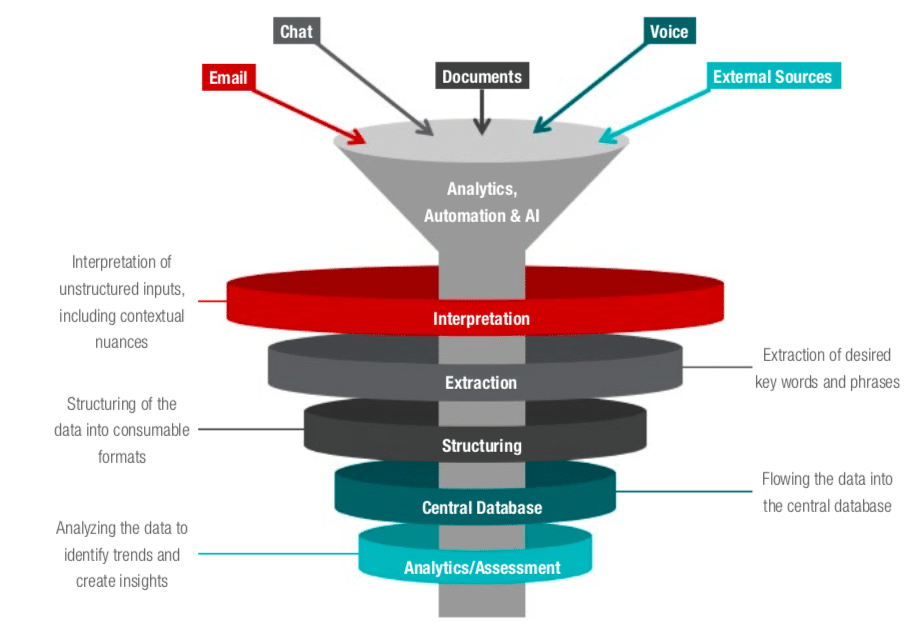 AI is also being used to help with the transition for the Libor benchmark interest rate to new risk-free rates. Capco noted that data providers such as Bloomberg are making fallback categories available for cash securities such as bonds but a more complex solution is required for securitized products.

“While the tools are still being refined, and in some cases providing false positives, they help in assigning fallback categories for up to 80% of all trades, leaving only a small fraction to be reviewed manually by legal teams looking to negotiate favorable terms with counterparties,” added Capco.

Several banks and vendors are also investing in machine learning technologies, which can review and categorize margin calls and collateral disputes as they arise as regulations, such as uncleared margin rules, have led to an increase in margin calls.

One challenge is that few financial institutions have the financial and human resources to meet market demand for rapid software development via traditional coding which has led to the growth of low/no-code platforms.

“As open API solutions, low/no-code platforms allow a firm’s employees to build applications to augment any data sets, legacy processes, or even expand on new applications such as RPA with little to no software experience,” said Capco.

The consultancy recommended that firms should consider training and upskilling their current workforce while investing into digital.

“In tandem with using low/no-code, firms can train their current operations personnel to use these platforms, develop ‘citizen developers,’ and equip them with the required skill set to assist in simplifying and streamlining the processes they own,” added Capco. “A key advantage of this model is that it inspires a new way of working.”