Aberdeen Asset Management is positioned to trade on a global scale, with emerging markets forming one of the cornerstones of its investment strategy. The emerging markets portfolio management team, which is based in London, maintains daily communications with its trading desk and those in its New York and Latin America offices as well.

“We trade by time zone and region,” said Anthony Godonis, head of equity trading – The Americas, at Aberdeen Asset Management. “If emerging markets or global equities has a trade, and a portion of the trade is in the Americas, it will typically come to our desk. The only time it wouldn’t is if it was a global program flow, where we will basket those trades, usually out of London, in order to get better pricing. But often, there are less liquid stocks, so we just strip them out of the program and our regional trading desks are adept at finding liquidity.” 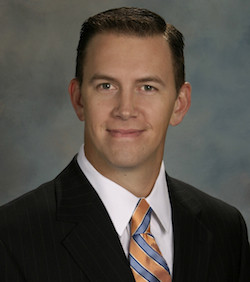 Fed chairman Janet Yellen stoked tapering talk in her congressional testimony last week by saying that the central bank will “likely reduce the pace of asset purchases in further measured steps at future meetings.” She hedged slightly, saying purchases are “not on a preset course,” and that decisions about their pace will be contingent on the outlook of the labor market and inflation.

However, policymakers and companies are equipped to deal with cyclical changes. “They have been here before,” said Kaloo. “Far from being the death of emerging markets, the current volatility presents opportunities to invest in good quality companies.”

Aberdeen owns publicly-traded companies in Brazil, Chile, Mexico, Colombia, Peru, among others. Sometimes it trades the ADRs in the U.S. as well. “Latin America is typically less difficult to trade blocks because there’s only one exchange in each region in Latin America,” Godonis said.

“There’s a lot of transparency in terms of who trades what and when. Our investment process involves internal research. We do due diligence on our own, and we don’t rely on Street research to come up with our investment ideas. The investment managers are the ones who come up with the ideas.”

Godonis continued, “In North America, there are 13 exchanges and nobody seems to trade blocks anymore. But in Latin America, we rely on our relationships with a core set of brokers that have seats on the local exchanges. We deal with some of the biggest swap dealers as well. A lot of our time is spent finding who’s doing what, so that when we do get an order, we know where to go.”