There is a great deal of scrutiny on, and noise around, equity market structure in the U.S. and Europe. For institutional investors, the bottom line is that the efficiency of large-order trade execution is moving in the wrong direction.

“There is a big concern about liquidity on both sides of the Atlantic,” said Steve Grob, director of group strategy at Fidessa, a provider of trading technology, infrastructure and connectivity services. “If you want to trade a large block and it’s not Apple or Vodafone or Microsoft, it’s getting harder and harder to do.”

As evidence that the buy side isn’t satisfied with their trading experience, look no further than Luminex Trading & Analytics in the U.S. and Plato Partnership in Europe. Both nascent trading-venue operators are backed by asset managers, who by getting involved are allocating precious bandwidth from their core responsibility of managing money for end-user investors.

“There’s almost a resentment from the buy side,” Grob told Markets Media in a June 24 interview from Fidessa’s office in Lower Manhattan’s financial district. “They are saying, ‘Why do I have to fix market structure? My job is to invest people’s money and yet I’ve got to somehow fix the supermarkets where I go to buy stuff.’ They’re not geared to do that.”

Luminex is owned by a veritable who’s who of large, name-brand investment managers, including BlackRock, Fidelity, T. Rowe Price, State Street, and Invesco. Fidelity is also part of the consortium behind Plato, along with fellow buy-siders Axa, Deutsche Asset & Wealth Management, and J.P. Morgan Asset Management. 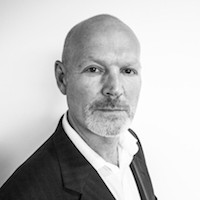 Grob cited investors’ hunt for liquidity as a primary global theme across markets and asset classes. In equities, one underlying factor is the wide array of trading venues — exchanges, alternative trading systems, dark pools and broker internalizers — that serve to fragment liquidity. Another factor is algorithmic trading, which can optimize the efficiency of any given order via slicing and dicing into smaller orders — but that same slicing and dicing further impairs block liquidity.

“People are using more algos, which fragments liquidity more and makes it harder to find the juicy blocks,” Grob said. “It’s like a snake feeding on itself.”

Regulators are getting involved, more than just as a one-off response to mainstream media reports about high-frequency trading. This past January 2015, the U.S. Securities and Exchange Commission announced the formation of an Equity Market Structure Advisory Committee, whose 17 members include representatives of Invesco and T. Rowe Price. SEC Chair Mary Jo White said the intent of the group is to ensure that markets “continue to operate openly, fairly and efficiently to benefit investors and promote capital formation.”

In a May advisory committee meeting, Invesco Global Head of Trading Kevin Cronin, a 20-year market veteran, noted that trading is more efficient than it used to be for top-tier stocks, as transaction costs are lower and investors have more control and choice. But outside of that most liquid tier, “there is room for improvement.”

“There are challenges with the current market structure,” Cronin said. “There is way too much fragmentation. There are a number of conflicts that have been created around order routing and other things that can at times, seem to contravene our best-execution interest.”

Additionally, “transparency has been lost in many aspects of the markets,” Cronin said, as access fees and rebates have distorted behaviors and skewed incentives toward short-term trading rather than long-term investing.