Equivalence a Theme at FIA IDX 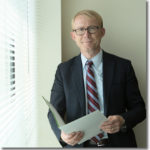 Walt Lukken, president and chief executive of FIA, said at FIA IDX in London that a number of trade associations recently sent a letter calling on European Commissioner Mairead McGuinness to extend the equivalence decision for UK CCPs.

European Union regulation requires EU derivatives  to be cleared in an EU-regulated CCP or one that has been deemed equivalent – and UK CCPs have only been granted temporary equivalence until June 2022.

“With the equivalence decision set to expire in the middle of next year, we are seeking clarity and continuity to avoid any negative impacts to customers,” he added. “FIA will continue to defend appropriate recognition regimes for this industry.”

Cazenave said at the conference that there have been clear communications from the European Commission on the need for EU counterparties to reduce reliance on UK CCPs.

She continued that Esma will issue a recommendation to the European Commission in the coming months on the equivalence decision but she could not give a more precise timeline. The European regulator is conducting a review of the recognition decisions of UK CCPs which Cazenave said is in order to preserve the stability of the EU’s financial system and lower the potential risk of CCP failure.

“In July Esma published a methodology for assessing whether a third country CCP has such substantial systemic importance it should not be recognised to provide central clearing services activities in the EU,” she added. “Based on the outcome of the comprehensive assessment and the cost benefit analysis, the CCP supervisory committee and the Esma board will need to agree.”

Kirston Winters, chief risk officer, head of legal, risk, compliance, and government and regulatory affairs at OSTTRA, said at FIA IDX that Euro swap trading at EU venues has shifted since Brexit from 5% in January 2020 to about 25% in the second quarter of this year. Over the same time period the share on UK venues has fallen from just under 40% to 10% and the share on US SEFs has grown from less than 10% to 25%.

Winters continued that changes in trading market share are only part of the story as firms face reduced market access.

“EU venues have gone from the smallest to the largest in euros, UK venues have done the reverse, and SEFs have nearly trebled their market share in this time period,“ he added. “These shifts in trading location are not necessarily a surprise as over-the-counter derivatives markets are global in nature and execution has been very agile over the years around certain regulatory changes.” 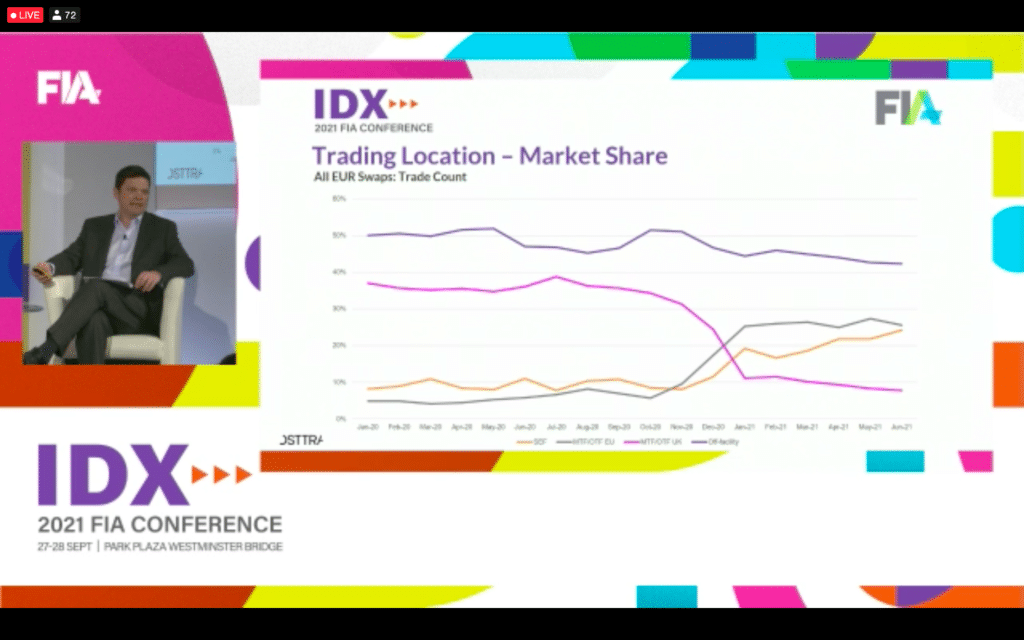 For clearing of single currency Euro swaps, in terms of trade count, EU CCPs share has doubled from 5% to about 10% and aggregate notional rose from 3% to 7% in the same period.

Daniel Maguire, group head, post trade and chief executive of LCH Group said at the conference that independent data has shown the clearing arm of London Stock Exchange Group has seen very little change in its market share since Brexit. He highlighted that counterparties that trade Euro swaps also trade swaps in other currencies.

“The euro is an international currency and there is a high frequency of trades from people who aren’t in the EU,” he added. “If we go down the route of some form of denial of access or recognition, you end up with no choice, no competition, poor access to liquidity, more risk and more cost. Forcibly fragmenting liquidity is going to increase financial stability risk, rather than reducing it. “

“There’s a lot of oversight and tools and mitigations to offset the concerns that are in place today,” he added. “This is about finding a way where global markets and CCPs can operate with global regulation and supervision.”

Philip Simons, global head of sales, fixed income derivatives funding and financing at Eurex, said the derivatives business of Deutsche Börse Group’s notional outstanding of interest swaps is  €21 trillion, which is up 20.9% from the start of the year. Since January this year the risk transferred to Eurex, measured by DV01, has increased by 44%  due to market participants switching CCPs. 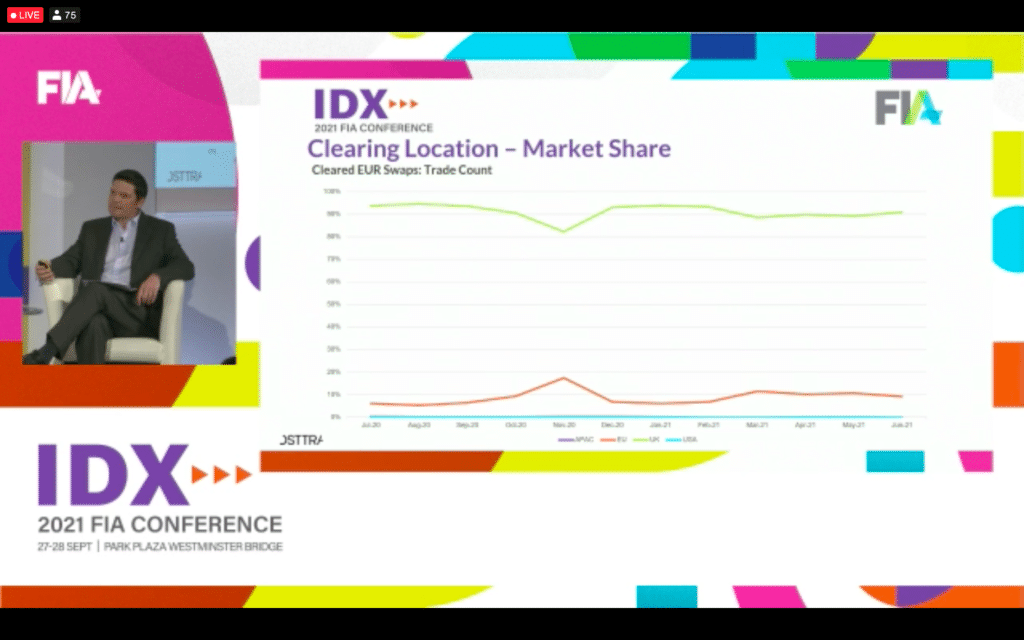 “It demonstrates that we have a very strong liquidity pool and the same bid offer spreads as other CCPs,” Simons added. “The Euro repo market has pretty well moved in its entirety to the EU, with no real disruption.”

Bill Stenning, head of public affairs – UK, at Societe Generale, said at the conference 75% of Euro swap volumes are traded outside the US and it is difficult to move legacy portfolios from one CCP to another, while fragmentation causes margin inefficiencies.

Cazenave also said EU counterparties need adapt their clearing arrangements in response to the transition from Libor, especially into ESTER, and said this could be an opportunity to continue reducing reliance on UK CCPs.

She said: “Although there are still a number of steps to achieve we are at quite an advanced stage of this transition and are getting closer to final steps. We expect counterparties to be prepared and to make the transition in due course.”

Esma is working on a final report on the transition and will take into account the development of the trading and clearing activity over the last months.

“We will also talk to other regulators with the objective to coordinate as much as possible, both on substance and on timing,” Cazenave added. “Unfortunately this is one of the areas where we might end up with some temporary inconsistency in the scope of delivering technical standards for clearing and trading obligations which perfectly synchronise with the transition to new benchmarks in the EU and in other jurisdictions.”