Equivalence Process Should Not Be Political

The Financial Conduct Authority said the UK is prepared for leaving the European Union but some issues are outstanding, including the share trading obligation and clearing. 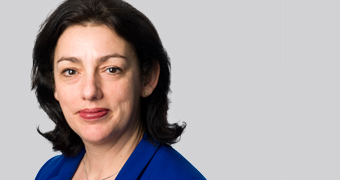 Nausicaa Delfas, executive director of international, and member of the executive committee at the FCA, gave a keynote address at the City & Financial 5th UK Financial Services Beyond Brexit Summit in London this morning.

Delfas said the UK regulator has prepared for scenarios including leaving the European Union without a deal. The FCA has addressed the biggest risks by taking actions such as putting a temporary permission regime in place and signing memoranda of understanding with European supervisors an national authorities.

She warned: “However these solutions are patchwork and some further actions are still required.”

Two areas Delfas highlighted were the share trading obligation and clearing. In March the European Securities and Markets Authority announced that after Brexit, EU firms will have to trade certain shares and derivatives on EU or equivalent venues, even if most liquidity is currently in London.

In clearing there has been debate over whether UK clearing houses and central securities depositories will be granted equivalence by EU regulators. In February this year the Esma granted temporary equivalence until March 2020 to three UK CCPs –  LCH, ICE Clear Europe and LME Clear – and the UK CSD in the event of a no-deal Brexit, so they can continue to serve EU-based clients and minimise disruption to financial markets

Delfas pointed out that on the day that the UK leaves the EU, they will have identical rule books and a common supervisory approach.

.@TCUKmiles A key problem with equivalence is that it is a political, not technical determination. It must be depoliticised and transparency improved. @cfconferences #BrexitFS pic.twitter.com/4VqPMjF7so

The Association for Financial Markets in Europe warned in July that there needs to be more certainty over clearing.

AFME said in a report: “Unless certainty is provided as to the extension of recognition, UK CCPs might be required to start off- boarding processes for EU27 members by the end of 2019.”

Antony Manchester @blackrock the UK will need to decide whether it’s worth maintaining equivalence across different areas. The EU needs to think about if it wants to make this attractive or not for the UK. Does the EU want to keep the UK close or drive it away? #BrexitFS pic.twitter.com/B2tpz9qRlx

Green finance and fintech mentioned by everyone as potential opportunities after Brexit #BrexitFS https://t.co/EOOVeBUgYA

Catherine McGuinness, chair, policy and resources at the City of London Corporation, highlighted the UK’s launch of the Green Finance Institute in July and the hosting of COP 26 in 2020 as evidence of the country’s lead in sustainable finance.

Anne Marie Verstraeten, UK country head at BNP Paribas Group, said on a panel at the conference that London will remain a global centre for sustainable finance and innovation and technology, especially fintech.

H.E. Liu Xiaoming, Chinese ambassador to the UK, added in a keynote speech that there are multiple opportunities for the two countries in green finance and fintech.

UK has sound environment and rich expertise. China has a huge market, new tech application and potential for FinTech. The two should keep abreast of digital, Internet and AI development, explore innovative financial arrangement and take the lead in global innovation. #BrexitFS

He continued that next week China Construction Bank will celebrate five years clearing renminbi in London.

Verstraeten said: “Shanghai-London Stock Connect gets our attention as a global group. It is the first time that investors can access China A shares from the London Stock Exchange.”