Significant amounts of money from fixed income and passive investments are being allocated to environmental, social and governance strategies, which have traditionally been dominated by active equity funds. 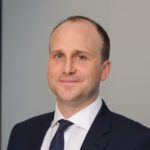 Aled Jones, head of sustainable investment, Europe, at FTSE Russell told Markets Media: “Before joining FTSE Russell in 2017 I was an investment consultant and we used to think that between £100m ($127.7m) and £200m of active being allocated to ESG was a good start. Now significant chunks of passive money are being allocated. In three to five years, we hope ESG will be the default strategies.”

The potential growth in ESG investing was highlighted this year by the annual letter from Larry Fink, chairman and chief executive of BlackRock, which said that climate change is the the top issue that clients around the world raise with the asset manager.

Fink said: “In the near future – and sooner than most anticipate – there will be a significant reallocation of capital.”

BlackRock said its new investment approach would include exiting investments that present a high sustainability-related risk, such as thermal coal producers, and launching new investment products that screen fossil fuels. In the passive market, BlackRock intends to double its ESG exchange-traded funds over the next few years to 150, including sustainable versions of flagship index products.

Last year, we partnered with BlackRock on the Sustainable Development Goal aligned index for the Dutch fund Detailhandel. FTSE Russell looks forward to further innovation and collaboration in this critical area in 2020. https://t.co/p4PJKXGgrL

Kosmas Papadopoulos and Rodolfo Araujo at FTI Consulting wrote about the Top 10 ESG Trends for the New Decade in a blog for the Harvard Law School Program on Corporate Governance and predicted that ESG engagement and shareholder activism will continue to rise in the 2020s.

“In the past five years, many large and prominent asset managers shifted to a more proactive stance, leading policy initiatives focused on board refreshment, board gender diversity and director over-boarding,” added the blog. “Recent letters penned by the CEOs of BlackRock and SSGA signal further leadership from asset managers in introducing reforms and holding boards accountable to a higher standard of ESG practices.”

Jones continued that FTSE Russell is having many conversations about ESG in fixed income and there are big allocations being made into passive products. 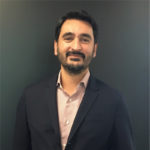 Waqas Samad, group director of Information Services, LSEG said in a statement at the time:  “The acquisition of Beyond Ratings will accelerate LSEG’s ability to deliver research-driven multi-asset solutions in sustainable finance investing to our global client base.”

After the acquisition FTSE Russell last year launched the first government bond index to adjust index weights based on each country’s preparedness and resilience to climate change using risk modelling developed by Beyond Ratings.

In January this year FTSE Russell expanded the fixed income ESG suite by launching ‘Climate EGBI’, the first government bond index of just European Monetary Union countries to adjust weights based on climate risk. The index includes transition risk, an assessment of the expected economic impact of transitioning to greenhouse gas emissions levels aligned with the Paris Accord target of less than 2°C by 2050. Tilts are applied towards sovereign markets that, on a relative basis, demonstrate a greater degree of resilience and preparedness to the risks of climate change.

Jones said: “We started with sovereign bond indices but the demand is there to expand into corporate bonds.”

In the same month the index provider also launched the FTSE TPI Climate Transition Index Series in collaboration with The Church of England Pensions Board and the Transition Pathway Initiative, the global, asset-owner led initiative which assesses companies’ preparedness for the transition to a low carbon economy. TPI is backed by 60 asset owners globally with more than $18 trillion in combined assets under management and advice.

Adam Matthews, co-chair of the initiative and director of ethics and engagement for the Church of England Pensions Board, said in a statement: “The message is clear to all publicly listed companies: put in place targets and strategies aligned to Paris and be rewarded with inclusion in the Index or work against the long term of interests of beneficiaries and wider society and be excluded. The Church of England Pensions Board will no longer be invested in several household names in the oil industry.”

ICYMI: a short video on the ground-breaking and @tp_initiative data-driven new climate Index @LSEplc with @churchofengland Pensions Board: https://t.co/k9DZlcJ04q via @YouTube

FTSE Russell said this is the first global index suite that enables passive funds to capture company alignment with climate transition, based on TPI analysis. The Church of England Pension Board is allocating a £600m mandate tracking the index, supporting the pension board’s objective of aligning its fund with the goals of the Paris Agreement.

“The response has been fantastic as they are forward looking and form the next generation of climate indices,” Jones added. “They are the next evolutionary step in measuring alignment to the Paris agreement and we hope they will be used to benchmark products including ETFs.”

Jones said: “The FTSE Target Exposure indices can be used to specifically target outcomes such as emissions reductions due to the flexibility of their construction.”

The new methodology has already been used by a UK based defined benefit pension fund, with LGIM as the asset manager.

The demand for ESG strategies is rising outside Europe. “Demand is ramping up in US with the large state pension schemes and in Asia Pacific,” Jones added.

We are pleased to announce that Helena Fung has joined FTSE Russell as Head of Sustainable Investment, Asia Pacific. Helena brings over 10 years expertise in ESG and sustainable investment. https://t.co/ifqCaiBkSU pic.twitter.com/JuLVLk7SLr

Fung relocated to Hong Kong in 2014 from London where she worked for the responsible investment arm of Hermes Investment Management as global head of client relations, enabling pension funds and asset managers. Before joining FTSE Russell Fung worked for a family office in Asia where her responsibilities included ESG integration, equity analysis and advising on philanthropy.

The exchange said in a statement: “Across the Asia Pacific region, over 4,300 securities are now included in FTSE Russell’s detailed sustainable investment analysis covering climate, screenings and ESG Ratings. The total coverage of securities globally now stands at 7,200, enabling investor stewardship and ESG integration into active and passive strategies globally.”

The UK is hosting COP 26 this year and last week the UK government launched a private finance agenda for climate change. 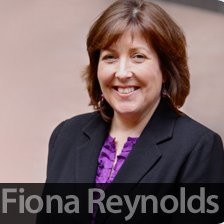 Fiona Reynolds, chief executive of the UN-backed Principles for Responsible Investment, said in a blog: “I’m delighted that finance will play a key role at COP26 in Glasgow. This is the first time a host government for the COP has fully recognised the critical role that finance has to play alongside state actors and sought to prioritise its contribution.”

Papadopoulos and Araujo predicted that disclosures on ESG factors will become standardized and widespread by the end of the decade.

“As with corporate governance reform, intensified pressure from investors will serve as a major catalyst for change,” the wrote. “Regulations will also play a critical role, with comply-or-explain codes of best practices potentially addressing environmental and social issues.”