The European Securities and Markets Authority has maintained the requirement for both sides of a derivatives transaction to report a trade under the European Markets and Infrastructure Regulation, despite opposition from some market participants.

Derivatives reporting to trade repositories under Emir began in Europe in February last year. However there have been problems with the poor quality of data reported, particularly the absence of Unique Transaction Identifiers and Unique Product Identifiers, and with reconciliations between repositories. The UTI is meant to uniquely identify each OTC derivative transaction at trade repositories but its format and usage has not inconsistent.

On 14 August Esma published  four reports on how Emir has been functioning to provide input and recommendations to the European Commission’s review of the regulation.

Emir requires both sides of a trade to report transactions to repositories, where they are meant to be reconciled. The industry does not believe that double-sided reporting adds value and has pushed for single-sided reporting – but that was not been recommended by Esma.

Chris Dingley, global transaction reporting sales at Abide Financial, which provides reporting services, said in an email to Markets Media that the lesson from the confirmation space is that moving from affirmation to matching increases accuracy and decreases overall cost, which would also apply to reporting. “The acid test for quality will come when jurisdictions that rely on single-sided reporting need to test the accuracy of the data that is captured within those repositories,” he added. 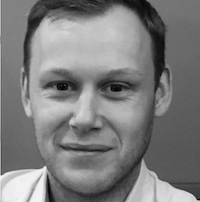 The Asset Management and Investors’ Council, which represents the buyside members of the International Capital Market Association, responded to the consultation on Emir on 13 August and said the European Commission should consider moving to single-side reporting.

The response said: “Alongside other trade associations, like Isda, the AMIC believes that the adoption of a single-sided reporting regime will significantly improve the quality of data available to regulators by reducing the operational complexity of the current framework, and removing the burden for less sophisticated derivative users to report, which will lead to a vast improvement in the availability of accurate data to regulators.”

The association supported the initial blueprint for a European single-side reporting framework designed by Isda in conjunction with  sellside and buyside trade associations and their members.

In Europe trade repositories have to implement Level 2 validation by the end of October 2015. The added validation requires the contents of the required fields to be verified to ensure they adhere to the reporting technical standards – initial validation just checked if a field was complete or blank.

Dingley expects to see an increase in rejected reports in October as trade repositories have issued change guidance, which in some case extends to many hundreds of pages. “There will also be an inevitable operational impact for firms and trade repositories. It will be interesting to see if there is an impact on the weekly reporting figures published by each repository,” he added.

From January 2017 MiFID II will require more data to be reported and there it little overlap between the information required under Emir.

“The scope of data to be collected can have as little as 20% overlap with the equivalent Emir report. Most firms are in the process of performing gap analysis and looking to previous projects to learn lessons that can help with implementation this time around,” added Dingley. “The technical standards from Esma in September will allow many firms to begin project planning in earnest.”

However Dingley did not believe that the MiFID II reporting requirements should be delayed.

“It is now clear that in some areas the financial services sector has been very sloppy in response to the requirement for increased transparency, for example, trade repositories still routinely see incorrectly formatted dates as part of trade reports and trades categorised in completely inappropriate buckets,” he said. “Whilst Esma must take its share of the blame when considering the implementation of Emir, these lessons are showing signs of being learned for MiFID II.”

G20 countries agreed in 2009 that all over-the-counter derivatives should be reported to trade repositories in order to allow regulators to obtain a comprehensive global view of the over-the-counter derivatives market and activity. This week the Committee on Payments and Market Infrastructures and the International Organization of Securities Commissions issued a consultation on the Harmonisation of the Unique Transaction Identifier in order to improve the trade reporting process and allow regulators to monitor systemic risk in the financial system.

The CPMI and IOSCO will also be issuing a consultative report on the harmonisation of a first batch of key OTC derivatives data elements that are needed for meaningful aggregation of data in the coming months.