Exchange-traded funds have traded in an orderly manner and provided a price discovery mechanism in the recent volatile markets.

Shelly Antoniewicz, senior director of industry and financial analysis at The Investment Company Institute, the association representing regulated funds globally, said in a blog that ETF trading has been orderly and contributed to price discovery in the first weeks of this month despite volatility and widening bid-ask spreads in the underlying stock and bond markets.

How have exchange-traded funds weathered the intensifying financial market fallout from the #COVID-19 pandemic? So far, it looks like #ETFs are healthy and robust. https://t.co/QjrpDpUHXK

She said that under normal market conditions, trading in ETFs is usually between 25% and 30% of all daily US stock market trading volume in dollars. In the first two weeks of March, daily trading in ETFs was consistently more than 30% of total dollar volume and, for several days, was closer to 40%. 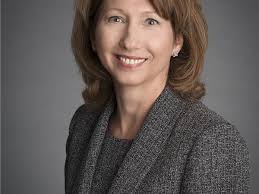 Antoniewicz continued that on March 9 and 12, US equity futures trading was suspended due to circuit breakers but several ETFs that track the S&P 500 index continued to trade.

“In the premarket and the subsequent changes in their share prices – a reflection of market participants’ evolving views – closely matched the change in value of the S&P 500 index at the opening of the stock exchanges,” she added.

iShares, BlackRock’s ETF arm said, in a report that between February and March 13, as market volatility accelerated, ETFs accounted for 38% of all U.S. trading activity on exchange compared with an 27% average for last year.

“The steepest declines for risk assets resulted in the heaviest ETF activity as investors used them to rebalance portfolios and hedge positions,” added BlackRock. “On March 12, as the S&P 500 fell nearly 10%, ETFs traded $340bn (€318bn)—nearly four times the $88bn average daily volume for 2019.”

Jason Xavier, head of EMEA ETF capital markets at Franklin Templeton, said in a blog that during the recent volatility ETFs were actively used as a price discovery mechanism, particularly within fixed income. 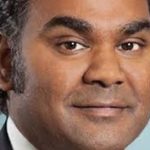 Xavier added that the last few days during limit-down periods when trading was halted and price discovery in the underlying securities was limited, market uncertainty caused ETF spreads to widen.

“However, the ability for ETFs to trade in the secondary market as well as for ETF market makers to setup proxy hedging and correlated pricing models has allowed price discovery and liquidity to be upheld, even during these stressful and uncertain periods,” he said.

Antoniewicz said US domestic equity ETFs are estimated to have had inflows on eight out of the first 10 trading days of this month, with a cumulative total of $26bn, supporting the underlying market.

“ETFs did not experience mass redemptions, nor did they create any knock-on effects in the underlying markets,” Antoniewicz concluded  “We have often heard that ETFs haven’t really been tested. So far, despite the COVID-19 pandemic, it looks like ETFs are healthy and robust.”

BlackRock argued that the recent discounts in bond ETFs are not a problem with the ETF structure itself. For example, the  iShares iBoxx $ Investment Grade Corporate Bond ETF (LQD), the largest and most liquid U.S.-listed ETF of its type, closed at prices that were roughly 5% below its Net Asset Value on March 11 and March 12.

“A look under the hood shows why: most LQD constituents traded infrequently and market sentiment was not fully embedded in individual bond prices,” said BlackRock. “On March 12, for example, LQD changed hands almost 90,000 times on exchange, while its top five holdings traded an average of only 37 times apiece.”

The fund manager continued that in many cases it has been more efficient to trade the ETF than underlying securities, even in generally liquid markets.

“Over the past three weeks the bid/ask spreads in the iShares 20+ Year Treasury Bond ETF (TLT), which tracks an index of long-dated U.S. government bonds, fluctuated only from one to five basis points,” added the report. “By comparison, the spreads of “off-the-run” long-dated Treasury bonds—which are less frequently traded than the most-recent U.S. government issues and account for the bulk of the market—widened sharply, to as many as 57 basis points on March 11.”

Brian Luke, global head of fixed income indices at S&P Dow Jones Indices said on the index provider’s Indexology blog that although there are steep discounts to NAVs on popular fixed income ETFs, it is important to decouple the dysfunction of the bond market from the investment product as well as the manager’s skill.

Luke said that in recent days, the largest investment-grade and high-yield ETFs traded at  above a 5% discount. 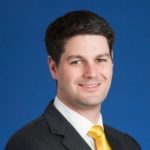 “This could be misinterpreted as a sign a credit ETF isn’t functioning well,” he added. “There are a few critical points to counter that view.”

He argued that fact that an ETF has an executable price goes well beyond the unwilling participants in the over -the-counter market.

In addition there is latency in NAV calculation as  official indexes close at 3PM in the US, while the ETF and its NAV close at 4:00PM which causes a mismatch to NAV during times of volatility.

“It appears that ETFs fulfill a critical need of liquidity when liquidity is needed most,”said Luke. “ETF structure lends well to this, as investors can trade ETF shares without having to source the individual bonds. This only works to the extent that buyers and sellers can match their trades. Once they are matched, the liquidity must be met by the underlying bond market.”

He continued that as the fixed income ETF market grows, it has a better opportunity to meet or improve liquidity, similar to the equity market.

“While fixed income ETFs have largely performed in line with this market, the growth of secondary market trading will continue to help face future liquidity needs,” Luke concluded.