The advent of high-frequency trading has prompted responses by regulators and exchanges to seek ways to facilitate automated trading strategies in a way that’s fair to all market participants.

Eurex, the futures exchange, is rolling out a new trading architecture consisting of partitions, each of which is in charge of matching trades and producing market data for a subset of products.

Each partition, called a New Trading Architecture (NTA) partition is distributed over two rooms in an Equinix data center.

“The high-frequency Eurex Enhanced Transaction Interface gateways in the Equinix facility provide the fastest access to the new trading architecture,” said Wolfgang Eholzer, head of trading system design at Eurex, in a presentation. “There will be 16 such gateways in the Equinix data center shared by all trading participants of Eurex Exchange.” 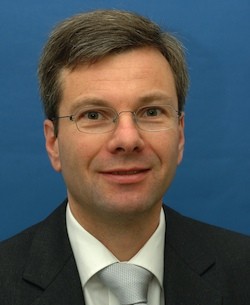 Eurex Exchange expects that after the migration has been completed the total market data volume published by the NTA to be 2-3 time larger than with the old trading system.

The physical location of the high-frequency Eurex Enhanced Transaction Interface gateways in the Equinix data center relative to the room where a matching engine resides has no impact to the order latency, Eholzer said.

The philosophy embedded within the Eurex NTA system is that HFT is a natural reflection of competition between market participants using the advances in computer technology, and is a technology that enables for the implementation of a wide range of trading strategies.

Regulators have acknowledged that HFT is here to stay, and that it should be brought into the fold by adapting new trading systems that ensure fairness to all market participants.

John McPartland, senior policy advisor for financial markets at the Federal Reserve Bank of Chicago, has come up with several proposals for accomplishing this, such as allocating orders based on the amount of time the order is exposed to the market.

Another recommendation is that trading venues should divide their trading sessions into time periods of one half of one second. At a completely random time during each one half second trading period, the trading venue should run its trade match algorithm.

Because high frequency traders would never know when the trade match algorithm would be run during any one half second time interval, the value of entering thousands of quotes for only a few milliseconds should be at least partially diminished,” McParltand said.

The Eurex NTA rollout, which has been underway since 2012, will be completed on June 10, 2013, with the migration of all remaining fixed income derivatives.

“To keep pace with technological advances as well as meet customer demand for speed and reliability Eurex continually optimizes its technology,” Eholzer said. “These measures have further improved system performance, which has been the key to accommodating the growth in high-frequency trading strategies in the marketplace.”

Germany has been a frontrunner in efforts to regulate HFT, but any financial regulation proposal is subject to legislation at the European Union level and could theoretically be preempted by future EU reforms like the MiFID II, expected in 2015.

The Act for the Prevention of Risks and the Abuse of High Frequency Trading, or HFT Act, includes more definition around algorithmic trading activities than the German Banking Act it could replace. The HFT Act has been adopted by the German Parliament and will next be signed into law by the federal president; enforcement would commence within a three-month transition period.