Eurex Clearing, the clearing house owned by Deutsche Börse, disputed that costs will increase if euro clearing is forced to move away from London after the UK leaves the European Union.

The European Union has proposed that systematically important clearing houses that clear euro derivatives have to be located in the trading bloc after the departure of the UK. The Brexit unit of The Institute of Economic Affairs has estimated that three quarters of euro clearing takes place in LCH, the London Stock Exchange Group’s CCP.

Eurex said in statement: “There is no evidence for the concern of market participants that a fragmentation of the existing liquidity pool would lead to significant cost increases in particular for EU27 buyside firms.”

The clearer continued that for almost all relevant tenors, 19 banks supply quotes on request via Tradeweb and/or Bloomberg and 11 banks are currently actively streaming live prices on the platforms largely at the same bid/offer spread and size as LCH.

#EurexClearing Partnership Program is gaining traction: 5 most active participants will join the #Eurex #Clearing Supervisory Board; the top 10 are nominated for the new Fixed Income and Currency Board. https://t.co/R3TseK0lXk pic.twitter.com/htauyxmi4x

Eurex launched a partnership program last year to compete with LCH and said 28 market participants from the US, UK, Asia and Continental Europe have joined to support the objective of building a liquid alternative to clear Euro denominated OTC interest rate derivatives in the EU27 after Brexit.

Average daily cleared volume in interest rate derivatives multiplied fifteen fold to €71bn ($84bn) last month from €5bn in May 2017 according to Eurex.

“Notional outstanding stood at €6.5 trillion compared to €1.4 trillion end of May 2017,” added Eurex. “This means that Eurex Clearing now holds a market share of roughly 7% in the global euro-denominated interest rate derivatives market.”

Analysts at Berenberg estimated in a report that Deutsche Börse now clears about 2.2% of OTC interest rate swaps, compared to 0.8% at the start of this year. These volumes rise to 8% and 3% respectively if only buyside volumes are included according to the German private bank.

“The market share gains made by Deutsche Börse year-to-date are impressive in magnitude, but narrow in scope,” added Berenberg. “Our analysis suggests that 97% of all OTC products cleared at Deutsche Börse are denominated in euros, and two-thirds of these are shorter-term products (forward rate agreements, or FRAs) rather than full-duration interest rate swaps.”

Berenberg noted that both the German finance minister and a senior member of the European Parliament have recently publicly advocated the relocation of clearing into the eurozone.

The analysts said: “Given the costs that such a balkanised clearing infrastructure would incur for European corporates, we consider enhanced regulatory oversight of existing arrangements to be the most likely outcome. Nonetheless, the European financial transaction tax demonstrates how politically charged policy debates can persist in Brussels for many years. We believe investors in London Stock Exchange should brace themselves for a prolonged period of uncertainty.” 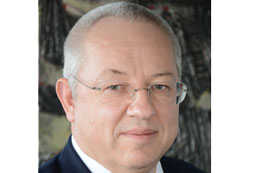 Last week US and German regulators argued over how third-country CCPs should be supervised if the clearing of euro derivatives is forced to relocate. Jochen Metzger, director general payments and settlement systems at Germany’s Bundesbank, said the regulation of third-country CCPs has to be proportionate.

“However LCH is so huge and important that we need to err on the side of caution,” he added. “If we get it wrong, then the consequences are enormous.”

Brian Bussey  ‎director, division of clearing and risk at the Commodity Futures Trading Commission said the US oversees 16 CCPs, including overseas clearers. He said data from the end of 2016 showed that 50% of initial margin came from firms with a US parent in SwapClear, LCH’s swap clearing business, with just 25% from the European Union.

Bussey continued: “So the US has more interest in LCH than anyone else in the world.”

The CFTC regulates LCH in partnership with the Bank of England, the UK central bank but Metzger countered that he was sceptical on regulatory cooperation. “It is wonderful in fair weather but not in a crisis,” he argued. “What are the rules for recovery and resolution for clearing members ?”

Bussey continued that he had lived through the financial crisis in 2008 with the CFTC when AIG collapsed and the insurer’s derivatives portfolio had to be unbound.

“I have had practical real world experience,” Bussey said. “You need others regulators to act in good faith and deciding who is the lead supervisor is crucial.”

Peter Rippon, chief executive of derivatives risk analytics provider OpenGamma, said in an email: “While many have established a firm grounding in either the ‘for’ or ‘against’ camp, when it comes to the potential ramifications of a move to Europe, nothing is straightforward.”

Rippon added that banks would find it much harder to actively manage exposure across multiple clearing houses and optimise their use of margin and capital. In contrast, spreading volumes across multiple locations could reduce the risk of price volatility driven by a lack of liquidity at a given clearing house. He explained that prices have fluctuated across different exchanges because a clearing counterparty is experiencing low volumes at a particular time.

“Reducing London’s dominance when it comes to clearing would also give end clients the luxury of choice, and increase competition between clearing houses which in turn, could spur innovation for the benefit of the customer,” Rippon added. “But to fully capitalise on this, firms need to be able to unlock and understand the factors which determine the best possible deal.”

OpenGamma said the fundraising would allow rapid expansion as it seeks to provide an objective view of the all-in costs for derivatives users, helping the sellside to minimise their balance sheet usage and the buyside with the information they need to make smarter counterparty decisions.