Euro Clearing Changes Should Be Market-Led

Jeffrey Tessler, member of the executive board of Deutsche Börse, said US regulators will not support a forced relocation of euro clearing but will not have a problem with changes that are led by market participants.

What will be the gamechangers in #Posttrade? Jeffrey Tessler of @DeutscheBoerse thinks #DLT and #Blockchain could create an 'Internet of Assets' but we're not there yet. 'Technological change will be evolutionary not revolutionary' #PostTrade2018 pic.twitter.com/8G388OU85d

The European Union has proposed that systematically important clearing houses that clear euro derivatives have to be located in the trading bloc after the departure of the UK. The Brexit unit of The Institute of Economic Affairs said in a report in February that three quarters of euro clearing takes place in LCH, the London Stock Exchange Group’s CCP.

Christopher Giancarlo, chairman of the US Commodity Futures Trading Commission, said in a speech in this month that there needs to be greater harmonization of cross-border regulation for clearing houses.

Tessler added at the conference that he knows the CFTC will be unhappy if a policy directive requires euro derivatives to be cleared in the EU after Brexit. “They have no problem with a market-led solution,” he said.

Eurex Clearing, Deutsche Börse’s CCP, launched a partnership program with interest rate swap dealers last year and said there has been a very significant increase in clearing volumes this year. The notional outstanding reached more than €5 trillion last month and the Dutch state treasury said it had decided to centrally clear euro interest rate swaps in Frankfurt. There are currently 27 banks in the Eurex partnership program.

“We talked to swap dealers when we launched the partnership program and they said they did not want a solution dictated by regulators,” Tessler added. “That also think that $274 trillion of exposure in one CCP is a little too much.”

Tessler said the average daily volume for Eurex swap clearing is 700% higher than a year ago, although it is still small compared to LCH. He added that Deutsche Börse is increasing resources in London to help clients transition after Brexit 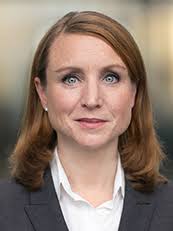 Dr Alexandra Hachmeister, chief regulatory officer at Deutsche Börse, said at the conference that the starting point for planning is that the UK will become a third country. She added: “However the regime has loopholes and was not designed for such large volumes.”

She said the exchange is in discussions with with each client to understand which flows might become disconnected and provide solutions. “We do not want unstable markets in the case of a hard Brexit,” Hachmeister added.

Roger Nolan, chief of staff at LCH Group, said the EU has established third country processes which should be equally applied to UK CCPs and financial market infrastructures.

“The consistent treatment of CCPs in Emir 2.0, due in the second half of this year is key,” he said. “Otherwise we risk a disorderly process in March next year when the UK leaves the EU.”

Nolan continued that he felt more positive after the EU Parliament voted last week to recognise a quantitative assessment of clearing rather than forcing a relocation and also recognised that joint supervision can work. He said: “We are glad that we have moved to technical discussions.”