Euroclear Bank has detailed the proposed structure and services of a new central securities depository based in Ireland that should be operational in March 2019 when the UK leaves the European Union.

The international central securities depository has provided integrated multi-currency settlement services for both Irish and UK corporate securities for more than 20 years through Euroclear UK & Ireland, a UK-based company with no physical presence in Ireland. However the UK has voted to leave the European Union and may lose the ability to passport financial services across the EU.

A white paper, Euroclear Ireland – Delivering continuity of Irish securities settlement post Brexit, describes the proposed CSD to be based in Ireland which would be the issuer for Irish corporate securities. The paper said: “We recognise that the UK’s decision to leave the European Union (commonly referred to as ‘Brexit’) may make the current arrangements for Irish corporate securities settlement by Euroclear UK & Ireland untenable”

It was only a matter of time: The new Euroclear Ireland CSD – Delivering continuity of Irish securities settlement post Brexit https://t.co/p6XTiiFjv9 Read all about it in the whitepaper. https://t.co/tVm4xclY0V

The proposed CSD has been approved in principle by the boards of Euroclear and Euroclear UK & Ireland but is subject to a number of regulatory approvals and permissions in Ireland, the UK, Belgium and the United States. Euroclear also has to submit an application for authorisation to the Central Bank of Ireland. “Pre-authorisation discussions with the Central Bank of Ireland have begun and are at an early stage,” added Euroclear.

The paper said the establishment of Euroclear Ireland in Dublin should enable Euroclear to continue to support settlement of Irish corporate securities after Brexit; enable the Irish corporate securities markets to continue to operate effectively post-Brexit; meet the policy objectives established by Irish Finance Minister who has said that an Irish-based CSD would best ensure the smooth continuation of settlement services and support financial stability.

“It is important to stress that, while Euroclear has made a decision in principle to seek to establish a new CSD in Ireland, the continued uncertainty over the precise nature of the UK’s relationship with the EU after March 2019 means that it is still possible that other solutions, delivered to different timelines, might also be appropriate for Ireland,” added Euroclear.

The paper continued that there have been discussions over ‘equivalence provisions’ under which the UK would receive third-country access to the remaining EU markets. “Our current view is that the equivalence process does not, for a variety of reasons, offer sufficient certainty to be the preferred option for continuing to service Irish corporate securities,” said Euroclear.

The paper envisages a ‘hard-Brexit’ in March 2019, when the UK leaves without a transitional period.

“Euroclear believes that a transitional period extending beyond March 2019 would be in the best interests of financial services firms, their clients and wider markets,” said the paper. “Such a transitional period, if it were to arise, could impact the timings and proposals discussed in this white paper.”

A consultation on the new CSD is due to begin in the second quarter of this year.

In November last year Euronext, the pan-European exchange operator, announced it was acquiring the Irish Stock Exchange for €137m, and the deal is due to close in this quarter. 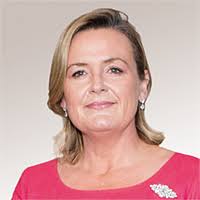 Deirdre Somers, chief executive of the Irish Stock Exchange, said in her 2017 review: “Euronext is highly complementary to the ISE. Our role as the group centre of excellence for listing debt, funds and ETFs within their federal model and the development of innovative services for equity issuers and SMEs is hugely exciting for our future.”

The ISE also does not have any derivative products. Euronext plans to launch a suite of Irish derivatives, particularly for the agricultural sector, which is important for the Irish economy.