Last month Euronext had its highest volumes since 2011 and Danielle Ballardie, head of cash markets, said the pan-European exchange has had a good start in 2015.

Euronext said 19 December 2014 was the most active day on its market since March 2011with €15.9bn traded across all its cash products – equities; exchange traded-funds; warrants and certificates; and bonds.

Ballardie told Markets Media that equities volumes in 2014 were up 18% year-on-year and up 24% in the fourth quarter of last year.

“Our focus is on making a difference to the quality and amount of liquidity that clients access across all our European market places,” she added. “We have a unique client base and breadth of members which allows us to offer the best price more frequently and twice the volume of MTFs.”

The exchange, with markets in Amsterdam, Brussels, Lisbon, London and Paris, went public last June and raised €846m in a deal led by ABN Amro, JP Morgan and Societe Generale. The exchange had terminated its listing in 2007 after being taken over by the New York Stock Exchange and returned to the public markets when it was spun off after the acquisition of NYSE Euronext by ICE, the US derivatives exchange. 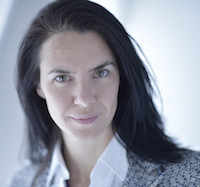 Euronext’s cash market will face new regulations under MiFID II, the legislation covering trading in the European Union. One of the proposals from European regulators is for double caps on the total amount of trading that in dark pools at 4% in an individual stock for a single venue and 8% across the whole market.

“The double volume caps, and especially the 8% limit, will create challenges, and operators will be reviewing how they offer block trading and dark trading for smaller orders to help source liquidity under the new regulations,” said Ballardie.

The volume caps are challenging in Europe as the region does not have a consolidated tape showing aggregated trading volumes across the region.

“A number of parties are already connected to all the venues and either already provide forms of a consolidated tape or will be in a position to do so in the future,” Ballardie added. “Euronext will study the final requirements when published and will be working with all relevant parties to ensure our data is available via a consolidated tape if and when required.”

She said that providing the right data to clients to prove best execution is becoming increasingly important and exchanges have an important role to play.

“MiFID I did not include trade tagging for over-the-counter data but the industry has come up with a solution that should reasonably be included in MiFID II,” added Ballardie added.

Last February the Federation of European Securities Exchanges and FIX Trading Community said that Market Model Typology has become a FIX standard to allow standardisation in data from trading or trade reporting venues and create a European consolidated post-trade tape. Bats Chi-X Europe was the first exchange to announce it would incorporate MMT and it will compulsory for trade reporting in the second half of this year to allow analysis of the majority of OTC European equity trading.

Ballardie said that MiFID II also changes the pre-trade transparency waivers and a key focus for the exchange is around alternative waivers to help the buyside trade larger blocks.

This year the rival London Stock Exchange is launching an anonymous daily auction at noon in order to help the buy-side trade larger blocks on its platform.

“Auctions can be very useful but there are many ideas to consider and we will be consulting with clients on how Euronext can enhance liquidity in equities across the liquidity spectrum now and in preparation for MiFID II,” added Ballardie.

Another focus for Euronext will be ETFs. Last year the ETF/ETP industry in Europe had a record $62bn in net new inflows taking total assets by the end of December to $460bn according to ETFGI. The consultancy has said it expects the European industry to break through the $500bn milestone in this year.

Ballardie said the European market is still lagging the US and there are plenty of challenges in getting to the same level.

“ETFs have seen exponential growth and as an exchange we can bring more transparency to a market where approximately 70% of trades are over-the-counter,” she said. “In the first quarter we will introduce trade reporting for ETFs to bring a new level of transparency to the European market.”

“Our Request for Size service for ETFs will be live very soon and improve price discovery for large trades by integrating them into our order book,” Ballardie added.

Pedro Fernandes, formerly head of European exchange-traded products at Euronext, told Markets Media last year that that the average ETF trade size was between €30,000 and €40,000 while Request for Size targeted orders larger than €500,000. Last October Fernandes was replaced by Benjamin Fussien as head of ETFs and Investment Funds at Euronext. Fussien built an ETF trading business as managing director and member of the execution services executive committee at Société Générale and then at Carax, the French broker.

A Request for Size message from a market participant can be broadcast to the market on Euronext’s Universal Trading Platform. All the answers from market makers will be integrated in the central order book along with all other resting orders and available to all.

In the third quarter the exchange reported a strong quarter for the cash trading business with revenue increasing by 15.9% from the third quarter of 2013. Euronext said: “This is due to an increase of 11.1% in trading volumes in value traded, combined with a higher average fee per trade resulting from the fee change in February 2014.”

Analysts at Societe Generale said in a report in November after the results that Euronext’s cash trading revenues were higher than expectations.

“While we do not have any further breakdown to gain more granularity, a stable Euronext market cap average on its markets continued to compare very favourably versus last year, while ETF volumes were up 23%,” added the analysts. “Revenues still carry the benefit of increased fees introduced in February.”