BME has subsequently agreed to an offer from Switzerland’s SIX Group.

Stéphane Boujnah, chief executive and chairman of Euronext, said in a media briefing this morning: “We are always looking at possibilities to meet our growth ambitions and diversity our top line. We have become less dependent on volume driven-business which is now 40% compared to 60% five years ago.”

Boujnah added that Euronext looks for targets that benefit from its single liquidity pool and proprietary trading system, Optiq.

“In the current environment the M&A market is in transition and could move from a sellers’ market to a buyers’ market,” he said.

In January this year Euronext completed its acquisition of a majority stake in physical power market Nord Pool, reinforcing Oslo as Euronext’s hub in the Nordics. The exchange said the deal was in line with the strategy to diversify its revenue mix to new asset classes not correlated with financial market cycles, will strengthen its commodity franchise and grow its presence in the Nordic region, following the acquisition of Oslo Børs VPS last year.

Boujnah continued that 97% of Euronext’s staff are working from home and operating markets remotely due to the Covid-19 pandemic.

“It is a testament to our staff and the systems we have built,” Boujnah said. “Optiq was designed for resiliency and has passed its biggest test.”

Euronext completed the roll-out of its derivatives market to Optiq in December last year, the last step of the full migration of Euronext’s trading systems to the proprietary platform. Oslo Børs VPS markets are due to migrate to Optiq this year.

Boujnah said that business was as close to normal as it can be during the current environment and the group’s major initiatives are on track.

“If you imagine this a big stress test of operations, then market  infrastructures and participants have passed,” he added.

Simon Gallagher, head of cash and derivatives at Euronext, said on the call that the group had adjusted technical features as volumes have reached records. 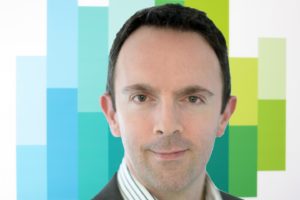 Gallagher said: “Trading has been remarkably smooth across cash markets and exchange-traded funds as many procedures are automated. We have implemented hundreds of circuit breakers in individual securities and on the big expiry day we extended after-hours trading which was welcomed by market participants.”

He continued that market participants turned to electronic liquidity providers at the high point of volatility and retail activity has also increased.

▶️⏹️ Given the volumes and volatility that we are seeing in the current market conditions, we wanted to share how Euronext protects its markets and manages trading safeguards
👉 https://t.co/Z3HnvfOunv#CircuitBreakers pic.twitter.com/LcG9jzBOfb

Liquidnet, the institutional dark pool, said in a report that the structure of the market and liquidity formation remains steady despite the recent rapid fall in market indices due to Covid-19.

Liquidnet noted that lit trading activity increased sharply last month due to the need for certainty of execution. 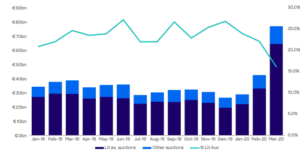 “In addition, the percentage traded in auctions is in sharp decline, highlighting an increase in continuous lit trading, most likely due to a rise in algorithm trading to deal with recent volatility such as trading volume weighted average price over the day,” added the report.

There was also a decline in the proportion of dark trading which was large-in-scale, highlighting a fall in risk appetite.

“With portfolio managers preferring to work orders in current market conditions rather than trading blocks, the risk of further regulatory change remains a significant challenge,” added Liquidnet. “Current ESMA proposals to remove reference price and negotiated trade waivers could have a profound impact on the make-up of dark trading and any subsequent ability for traders to find price improvement to meet best execution obligations.”