Bond exchange-traded funds had the highest net inflows in Europe last month as investors have said they will increase allocations to fixed income ETFs this year.

Detlef Glow, head of EMEA research at Thomson Reuters Lipper, said in his latest Monday Morning Memo that ETFs listed in Europe had net inflows last month, increasing assets under management to €651.9bn ($768bn) at the end of April.

“The increasing volatility took its toll on ETF flows during April,” said Glow. “After weak flows during March, April (+€0.4 bn) was another sluggish month with regard to flows in the European ETF industry.”

He continued that seven of the ten largest promoters by assets under management were among the ten top-selling ETF promoters last month as the the European ETF market remains highly concentrated.

“But it was surprising that Europe’s largest ETF promoter—iShares—wasn’t on the list of the ten best selling promoters for the month,” added Glow. “Vanguard was the best selling ETF promoter in Europe for April (+€0.8 bn), slightly ahead of UBS ETF (+€0.8 bn) and State Street’s SPDR (+€0.3 bn).”

Despite the concentration in the European ETF industry, new issuer Tabula Investment Management is planning to launch a range of fixed income ETFs targeting European institutional investors before the summer, subject to regulatory approval.

MJ Lytle, chief executive of Tabula, told Markets Media last week that although there are already more than 400 fixed income ETFs in Europe, half of these assets are concentrated in the top 20 funds. 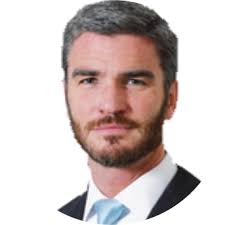 Lytle, previously one of the founding partners of exchange-traded fund provider Source, said: “There is room for innovation in fixed income ETFs as the existing products are very similar to one another. So there is no reason for investors not to buy the largest ETF.”

Investors following standard fixed income indexes gain exposure to the companies with the largest amount of debt. However, Lytle said ETF issuers have not developed equal-weight indices. Tabula is also aiming to develop “pure” credit products which create exposure to healthy companies without exposure to the interest rate cycle.

“The number ten provider in fixed income ETFs has assets of $300m so we can reach the top ten pretty quickly,” Lytle said.

Andrew McCollum, managing director, said in the report: “Much of the growth over the past year can be attributed to the entry of new institutional users to the ETF market – especially in fixed income. The share of study participants investing in fixed-income ETFs increased to 45% in 2017 from 38% in 2016.”