The consolidated tape argument appears to have some way yet to run in Europe, despite a general market-wide acceptance that a post-trade tape of record needs to be introduced.

Under the latest MiFID II proposals, part of sweeping reforms to the financial services landscape in Europe, if the industry cannot agree a commercial approach to the creation of a consolidated tape within two years then the European Securities and Markets Authority, the pan-European regulator, will be forced to step in and establish a single commercial entity to operate a consolidated tape.

On the face of it, it seems like a reasonably priced consolidated tape, which is another of the stipulations of the European Commission proposals, will eventually happen but there are still many barriers that need to be overcome, not least in making the incumbent national exchanges lower their market data fees to allow the proposal to proceed.

Due to an increasingly fragmented marketplace in Europe—caused in part by the original MiFID document in 2007 which increased competition to the exchange landscape and has made the task of gathering a pan-European tape of record in one place ever more difficult—a consolidated tape is seen as a must by the buy side who are desperate to have an easily accessible, cheap and transparent view of the market to understand whether or not best execution requirements have been met.

It is estimated that a full set of equity market data costs eight times as much to acquire in Europe as it does in the U.S., which has a consolidated tape in place.

This is mainly due to the high costs charged by the incumbent national exchanges for data fees—the home markets are estimated to bring in €1 billion a year collectively from this—although the national exchanges argue that it is a price worth paying. 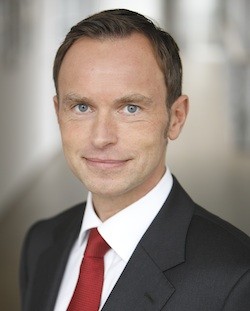 “Our trading data has a real value as we find that every time we do not trade on our markets, for example when there is a volatility interruption or an auction, there is little or even no turnover at all on other platforms that also trade the shares that are listed on Xetra [an electronic trading system operated by the Deutsche Börse],” Michael Krogmann, executive vice-president of Deutsche Börse, operator of the Frankfurt Stock Exchange, told Markets Media.

“That is due to the fact that we are the price discovery venue and all the other platforms rely on the data that we produce on our platform. That makes it more valuable compared to the data of other trading venues.”

Some of the larger multilateral trading facilities, such as Bats Chi-X Europe and Turquoise, are also getting in on the act of charging for their data fees, albeit at a much reduced rate to the incumbents. And as a European consolidated tape must must contain all markets, including multilateral trading facilities, and not just focus on a sub-set of exchanges, to make it truly accurate, then the cost of establishing a true post-trade consolidated tape could well become exorbitant.

The rise in over-the-counter equity trading is also inhibiting price discovery and this, too, holds stumbling blocks to the creation of a consolidated tape.

“It is very important that investors can see what is traded and at which size and which price,” said Krogmann at Deutsche Börse. “A big problem area is the OTC data—on transparent venues everything is reported right away, the respective sizes and prices.

“It is very important to consolidate the data from the OTC markets to make the whole trading more transparent. These OTC dark pools will have to have some post-trade reporting requirements.”

So, with the incumbent exchanges adamant that their market data feeds are providing a real value-added service, it seems that this may yet prove the major stumbling block for the creation of a consolidated tape.

“The failure of MiFID to establish a consolidated source of post-trade data in parallel with the firm rise in the number of trading venues has hit the buy-side firms and brokers,” said Carlo de Meijer, senior researcher, market infrastructures at the Royal Bank of Scotland, a U.K. bank.

Meijer added that there was a “need for a consolidated tape in Europe” but the “high costs of getting a consolidated view of the market” and the “problem of having data fragmentation in terms of achieving best execution” meant the original 2007 MiFID document was defeated in its mission to establish a consolidated tape.

Only time will tell, though, whether MiFID II succeeds where its predecessor failed.