The turbo-charged start to the trading year in Europe is still troubling many buy-side market participants, with some believing that the equities recovery is being built on sand.

“Europe is a land of contradictions which was clear in 2012 as its economy and capital markets took off in opposite directions,” said Paul Chew, head of investments at Brown Advisory, a Baltimore-based investment management firm.

The extent of the recovery in European equity markets has taken some by surprise with many economic indicators in Europe still weak. 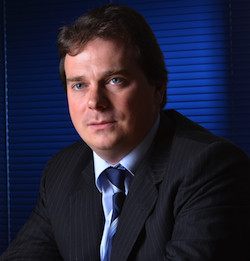 “That re-rating probably occurred because people went from very pessimistic to perhaps just slightly pessimistic. And when you look at the magnitude of the rises, around 25% for the U.K. market, that’s a quite a big re-rating and you just know these sorts of figures can’t continue indefinitely.”

And it is the underlying economic issues that are worrying many.

“While on the one hand, the European Union is struggling with multiple sovereign debt crises, and even though it fell back into recession, European stocks have in fact turned in excellent performance,” said Chew at Brown Advisory.

“Yet we remain unconvinced that European equities will continue their strong run. European policymakers may have prevented a financial crisis last year, but they have so far failed to address the EU’s core problem: too much debt and not enough growth.”

There has been a lot of market talk in Europe in the past few months about a ‘great rotation’ from traditional safe-haven assets such as bonds to more risky assets like equities.

“Because many investors are on a ‘risk on’ attitude at the moment—especially since the end of last year and the beginning of this—there have been some important changes in the allocation,” said Silvio Vecchi, head of the European Patent Office’s €3.6 billion pension reserve fund.

Although others are not so sure that this is the case quite yet.

“There is greater confidence, but talk of a great rotation of bonds into equities is a bit premature,” said Andrew Parry, chief executive of Hermes Sourcecap, a U.K.-based asset management firm. “I think it is more a case of cash on the sidelines is getting utilized instead of bonds to equities.”

Yet more rounds of the monetary dose that is quantitative easing may also be contributing to buoyant stock markets in Europe at present, but this cannot last indefinitely and if this was to be turned off then market sentiment could change very quickly.

“European stocks are currently riding a wave of sentiment but we believe that they may eventually fall victim to toxic economic conditions and unreasonably high valuations,” said Chew at Brown Advisory.