MiFID II, which went live at the start of last year, required mandatory reporting of ETFs making it easier for investors to see available liquidity. It has been estimated that approximately 70% of European ETF trades were traded over-the-counter and not reported before MiFID II.

Detlef Glow, head of Lipper EMEA research, said in a report: “It is not surprising that the reported ETF trading volume quadrupled from roughly €500bn in 2017 to roughly €2 trillion over the course of 2018.”

The overall trading volume in Europe was more than three times the assets under management of the European ETF industry – €632bn at the end of last year.

“Obviously, this trend might have also been driven by the increased volatility in the equity markets, but the main driver for the increase was the change in reporting standards,” Glow added.

The increase in trading volumes was also reflected at Tradeweb, the electronic trading platform.

Our institutional European and U.S. ETF marketplaces enjoyed phenomenal growth in 2018. Read the latest edition of our #ETF Update to find out more: https://t.co/gQZSy6Ffg0 pic.twitter.com/MTxf645MOD

Tradeweb said December was the second best-performing month for its European ETF marketplace since launch in late 2012. As a result, the last three months of 2018 reached a record quarterly volume of €72.4bn, beating the previous high at the start of last year by more than €10bn. 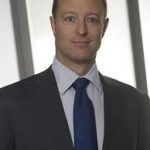 Adriano Pace, head of equities (Europe) at Tradeweb, said in a statement: “Traded volumes on our European ETF platform surged in 2018 thanks to a confluence of factors including the advent of MiFID II, heightened market volatility, and the increased adoption of electronic trading. At the end of December, total activity for the year had reached €251.5bn, up 52% from 2017 and 89% from 2016.”

Glow continued that ETFs had inflows in every month last year and he is “quite sure” that 2019 will be another successful year for the European ETF industry.

“Even as some market observers saw a slowdown in the trend towards ETFs, from my point of view even compared to 2017 lower flows in 2018 are a clear commitment of investors to ETFs since it looks like ETFs have once again become the tool of choice for investors in shaky markets,” said Glow.

Cerulli Associates, the research and consulting firm, also expects European ETFs to be among the major gainers in 2019 as institutions and retail investors continue to seek cost savings. The latest issue of The Cerulli Edge – European Monthly Product Trends Edition said the majority of European ETFs suffered slowdowns, rather than outflows, last year and most held up well when markets turned sour in October.

André Schnurrenberger, managing director, Europe at Cerulli, said in the report: “We believe that European ETFs may be about to enter a new phase in their evolution, demonstrating that they can be the vehicle of choice even when investors turn defensive.”