Christian Voigt, senior regulatory adviser at Fidessa said the new annual reports requiring European Union investment firms to report on their most used trading venues or brokers increase transparency despite issues with some of the data.

He told Markets Media: “The reports create more of a level playing field as they are publicly available for the first time, even to retail investors and people with a pension.”

MiFID II, the regulation which went live in the European Union this year, aims to promote best execution by making investment firms publicly publish their top five venues/brokers for all trading on behalf of clients in the past 12 months. The first RTS28 annual reports were required by the end of last month covering trading activity last year for 22 asset classes including equities, debt, over-the-counter derivatives and structured products. 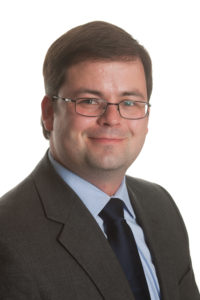 Voigt acknowledged there were issues with the data being reported and the fact that the reports are only produced annually. For example, the reports look to break down orders between passive or aggressive.

‘There are a lot of scenarios where this is not available as the flag is only valid for order book trading,” Voigt added. “For example, customers may choose to use the closing auction when there is more liquidity, or a periodic auction. There are many different ways to trade.”

He continued that the data for the reports was already available but firms have needed to consolidate the information and build reports in the right format.

Andre Nogueira, director of trading analytics at broker ITG, said in an email that some firms underestimated the effort required to gather and organise the data for these reports.

“What is proving the most difficult is classifying the data into the appropriate asset groups mandated by the European Securities and Markets Authority,” added Nogueria.

For example, international listings do not have liquidity bands as Esma only publishes data for for European MiFID II securities, which poses problems for asset managers who trade globally.

Nogueria continued that firms may be required to use an affiliate, custodian or prime broker. “However, firms are asking if further disclosures should be provided in such cases, as a counterparty list of one could appear to go against the spirit of best execution requirements under MiFID II,” he added.

Goldman Sachs International also uses brokers to access markets for which it does not have direct membership – such as Santander to access the Spanish stock exchange and GSCO, a US affiliate, to access US execution venues.

Vikas Srivastava, chief revenue officer at foreign exchange technology provider Integral, said in an email that collecting complex data on such a large a scale and on a granular level is a complicated effort for most investment firms.

“The increase in transparency surrounding execution data and policies will give investment firms deep insight into the execution quality achieved and delivered to the end investors,” added Srivastava. “This insight will allow market participants to continuously improve on execution and confidently demonstrate that they are trading with the best interests of their customers in mind.”