It appears that some European investment managers are prepared to up sticks and relocate in a bid to avoid becoming entangled in the new financial transaction tax measures.

With Brussels today announcing the finer points of the levy, the tax is set to be imposed in 11 of the 27 European Union member states including the four biggest eurozone nations—Germany, France, Italy and Spain—with implementation expected some time in 2014. The tax now only needs the 11 member states involved to come to agreement on the exact terms of the tax and then it will be passed into law.

The other nations to support the financial transaction tax are Austria, Belgium, Greece, Portugal, Slovenia, Slovakia and Estonia. Netherlands, too, could also join up as it may be in favor of supporting the tax under certain conditions. The levy, projected by the European Commission to raise up to €35 billion a year in trading taxes, is aimed squarely at making the financial services sector pay for the global financial crisis.

A two-speed Europe is thus likely to be created in which many of Europe’s biggest stock markets—including Frankfurt, Paris, Milan and Madrid—will be affected by the tax, while others, such as London, Amsterdam and Warsaw, will not.

Pedro Arroja, a Portuguese investment manager based in Porto, is one such firm that is thinking of taking the drastic step of relocating to London in an attempt to avoid the FTT’s reach. Ironically, the U.K. itself has imposed a tax on U.K. equities trades for over two decades, although Arroja says that Pedro Arroja would not be affected by this as it does not trade in U.K. equities. 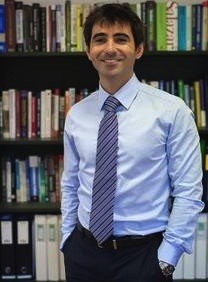 “London is a huge financial hub that will probably gain some strength with the financial transaction tax issue coming up in the next few months,” said Ricardo Arroja, chief investment officer of Pedro Arroja and author of a recently released book on the Portuguese economy. “Portugal is one of the countries that has signed up to the regulation so people are trying to adapt.”

The original continent-wide FTT proposals of the European Commission, which were eventually vetoed by the U.K. and others last year, suggested a 0.1% tax to be imposed on all share and bond transactions involving firms based in the participating areas and a 0.01% levy on derivatives trades. The final levy is similar in scope to the original proposals but will also encompass those trading on behalf of a client based in the tax area. The U.S. and U.K. both have severe misgivings over the tax as it could ensnare many businesses across the globe.

In August, France, one of the pioneers of the FTT proposals, went ahead with its own slightly different version of the transaction tax in a bid to capture extra revenue from trading by introducing a 0.2% tax on the purchase of shares in French firms with a market capitalization of over €1 billion. French equity volumes dipped after its introduction last year.

“The financial transaction tax will be the main theme of this year,” said Arroja. “No-one really knows what is going to happen. But we do know that France saw a double-digit decline in trading volumes so the countries that have signed up to it will be hurt by it.”

But even moving to London—or even as far away as New York—may not be enough to avoid its clutches. The levy is expected to be imposed on both the buyer and seller if either party is in a participating country, and it could also even encompass where a counterparty is based.

“Given the borderless nature of finance, it is likely that whatever is drawn up by the Commission, those countries outside of the FTT bloc will not escape entirely,” said Rhodri Preece, director of capital markets policy for the CFA Institute, the global association for investment practitioners and academics, in a recent blog.