Post-trade securities processing in Europe remains fragmented despite the first year of full operation of TARGET2-Securities, the platform which aimed to harmonise settlement and reduce costs.

“Overcoming these barriers lies mostly outside T2S stakeholders’ competency,” said the report. “These obstacles include the remaining gaps regarding compliance with corporate action (non-T2S) market standards and the lack of harmonisation regarding withholding tax relief procedures.”

With the year drawing to an end, it's time to take stock of what we have achieved with #T2S so far. In the new T2S Special Series we interview high-level officials from the industry who talk about their experience being part of the T2S project: https://t.co/p2W1VByi30 pic.twitter.com/IoLhVqIzfy

Jesús Benito, chief executive of Iberclear and chair of the T2S central securities depositories steering group, said in the report that T2S has been a catalyst to foster harmonisation but lawmakers need to take action.

Joël Mérère, chair of the T2S harmonisation steering group, noted in the report  that the European Commission has announced initiatives aimed at addressing conflict of laws and withholding tax processing.

In the study Marc Bayle de Jessé, director general, market infrastructure and payments at the European Central Bank, looked back on the idea to launch T2S in 2005. He said there were too many intermediaries interacting with various legacy systems in each national market, which pushed up costs for cross-border securities transactions and caused financial risk. 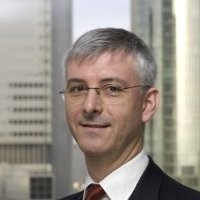 “I vividly remember presenting the concept for what would later become T2S on a 2005 Sunday evening during a dinner that was hosted in Frankfurt by former ECB executive board member Gertrude Tumpel-Gugerell,” he wrote. “The initial reaction was one of cautious curiosity as my counterparts were taken aback by the bold idea of merging the two existing types of models for securities settlement.”

The project was approved in the summer of 2008, just before the financial crisis took hold, and the first of wave CSDs joined the T2S platform in June 2015. The final migration was in September 2017 and NCDCP, the newly-formed Slovakian CSD joined the following month. The Central Bank of Ireland and ID2S, the new French CSD, have also connected to the platform.

The first non-Euro transactions were settled in October 2018 with the addition of the Danish krone.

“At this point, I want to emphasise that T2S was conceived as a multi-currency system from the beginning,” said Bayle de Jessé. “Non-euro area central banks that bring their currency to the platform have the same level of influence within T2S as the Eurosystem central banks in terms of day-to-day operational control and strategic decision-making.”

He continued that ECB aims to integrate T2S with the TARGET2 cash payments platform for the Eurosystem and to harmonise collateral management by launching the Eurosystem Collateral Management System (ECMS) in 2022.

However Eric de Gay de Nexon, head of strategy, market infrastructures and regulation at Société Générale Securities Services, noted in the report that volumes are below initial assumptions, total costs have not decreased as anticipated and real cross-CSD settlements remain marginal. 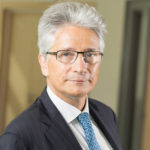 “The settlement process on T2S has been harmonised for 23 CSDs, while numerous other harmonisation initiatives are on track,” he added. “Nevertheless, the most difficult parts need time so that expectations can be delivered, and local peculiarities still exist.”

He continued that the industry should remain confident in T2S’ potential and build services around the platform in order to reap the benefits it will eventually deliver.

Dominique Le Masson, senior coordinator for market infrastructures at  BNP Paribas Securities Services/BNP Paribas Group, said in the report that T2S is proving reliable and scalable but there are still legal, fiscal and other barriers preventing participants from reaping the full benefits of the platform and achieving the greatest cost reductions.

Le Masson made three possible suggestions to improve the platform.

“T2S should accelerate its plans to bring European debt into T2S by creating a centralised European infrastructure – such as a European CSD – that will settle such instruments,” she added.

Two other key steps are settling more triparty collateral in T2S, as participants can already use the T2S balance sheet netting functionality, and the full implementation of corporate actions.

She concluded: “T2S is definitely the best tool for European post-trade market integration. Let’s use it!”