European regulators are expected to consider taking action to create a consolidated tape for European equities according to Cboe Global Markets. 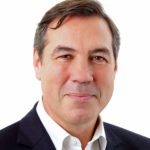 Mark Hemsley, president, Europe at Cboe Global Markets, said at a press lunch in London yesterday that the high cost of market data from national exchanges is the key barrier to creating a consolidated tape in Europe.

“We expect regulators to consider radical moves to create a consolidated tape in the European equities market,” he added.

MiFID II which went live in the European Union at the start of 2018 strengthened best execution requirements but there is no consolidated tape in the region to provide an overall view of the market. Instead, investors have to rely on data from third-party vendors which increases the cost of trading.

BlackRock identified the need for a consolidated tape in its response to a consultation this month from the European Securities and Markets Authority. The asset manager said an aggregated view of the market is a fundamental requirement as equity markets have become more fragmented and complex. As a result investors need market data that is timely, accurate, and delivered on an equitable and efficient basis.

“As such, it is also important for regulators to recognise the potential conflicts of interest and governance concerns which may arise from private or proprietary market data products which may compete with a public feed,” said Blackrock. “Having disparate feeds and multiple protocols / channels for transmitting data may contribute to difference in data speeds and create the perception of a two-tiered ecosystem for market data.”

BlackRock was responding to an Esma review on periodic auctions.

MiFID II also introduced double volume caps on equity trading in dark pools in order to increase transparency and shift trading to lit venues. However large-in-scale trades above a specified size and trades in periodic auctions on lit venues are both exempt from the caps, so their volumes have increased and are expected to continue to rise. Periodic auctions are different from the traditional opening and closing auctions on exchanges as they can last for very short periods of time during the trading day and can be triggered by market participants, rather than the venue

Hemsley said he was surprised at the amount of positive feedback on periodic auctions given to Esma, especially from the largest fund managers.

As well as BlackRock, Norges Bank Investment Management, which runs the NKr 8,513bn ($990bn) Norwegian Government Pension Fund Global, said in its response that periodic auctions are a promising direction for market development and could improve execution quality for long-term investors.

The manager cited academic research which found that discrete time trading enhances liquidity and market stability by reducing the speed advantage of certain market participants – so competition on speed is replaced by competition on price.

“Due to the novelty of this market structure, there is limited data to determine the efficacy of these new venues for end investors,” added NBIM. “Our own experience from trading on these venues has been positive and suggests that we can source natural liquidity.”

In addition, average daily volume of European equities trading at Cboe last year was 10% higher than in 2017.

Ed Tilly chairman, president and chief executive of Cboe Global Markets, said at the lunch that the exchange had achieved record volumes in October last year when volatility rose. In addition volume of VIX futures in global trading hours have been growing more quickly than in the US.

“Last year Cboe Futures Exchange migrated to Bats technology,” said Tilly. “In the final piece, Cboe options are due to migrate on October 7 this year.”