It also notes the early termination of the emergency restrictions by the Commissione Nazionale per le Società e la Borsa (CONSOB) of Italy, that was due to expire on 18 June 2020.
ESMA has coordinated the recent emergency restrictions renewals and has contributed to this aligned action today.
Net short position reporting threshold

On 16 March, ESMA issued a decision temporarily requiring the holders of net short positions in shares traded on a European Union (EU) regulated market to notify the relevant NCA if the position reaches or exceeds 0.1% of the issued share capital after the entry into force of the decision. The measure remains in force until 16 June and can be renewed.

ESMA, in coordination with NCAs, continues to monitor developments in financial markets as a result of the COVID-19 situation and is prepared to use its powers to ensure the orderly functioning of EU markets, financial stability and investor protection.

The World Federation of Exchanges (“WFE”), the global industry group for exchanges and CCPs, welcomes the decision to end the short selling bans across Europe and commends authorities’ efforts to return to normal operations of fair and orderly markets in the region.

We welcome the decision to end the short selling ban across Europe and commend authorities’ efforts to return to normal operations of fair and orderly markets in the region. Read our full statement here: https://t.co/HxuTwKxS7P

This morning, ESMA confirmed the welcome decision that those member states who had implemented a short-selling ban would not be renewing, and instead withdrawing, those restrictions as of midnight (CEST) today.

The WFE’s paper – What does academic research say about short-selling bans? – finds that the academic evidence almost unanimously points towards short-selling bans being disruptive for the orderly functioning of markets, as they are found to reduce liquidity, increase price inefficiency and hamper price discovery. Indeed, the evidence suggests that banning short-selling during periods of heightened uncertainty seems to exacerbate, rather than contain, market volatility. This is the basis for the market infrastructure industry consensus view articulated by the WFE in March and for the cross-industry coordination last week. 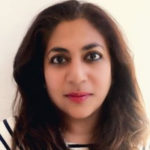 Nandini Sukumar, Chief Executive Officer, the WFE said: “It is industry experience that short selling bans do not have a positive effect on market activity or price levels. Banning short-selling interferes with price formation, thereby increasing uncertainty. That can only artificially amplify volatility and probability of default, the opposite effect to that claimed and hampers the ability of markets to serve the real economy. We welcome the decision to allow regulated markets, that have demonstrated they are resilient and capable of operating as they should in a crisis, to now resume normal operation. We look forward to supporting Europe’s measures to rebuild the economy.”

Short sale bans did indeed cost the community through their pension funds. https://t.co/gevXf5gvqL