Regulators in Europe have been upping their game in the fight against market manipulation, although some market participants are fearful that some of the more aggressive high-frequency trading practices are still escaping their clutches.

The recent upholding of the £8 million fine imposed on the now-defunct Canadian day trading firm Swift Trade for ‘layering’ conducted on the London Stock Exchange in 2008—which has been described by the Financial Services Authority (FSA), the U.K. securities regulator, “as serious a case of market abuse of its kind as might be imagined”—shows that regulators have tools in place to unravel some of the more complex market abuse cases.

However, despite the new automated trading rules that were issued last year by the European Securities and Markets Authority, a pan-European watchdog, which are now in place across the region’s markets—that aim to crack down on practices such as ping orders, momentum ignition, layering and spoofing—more may still need to be done in an area where technology moves at a rapid pace. 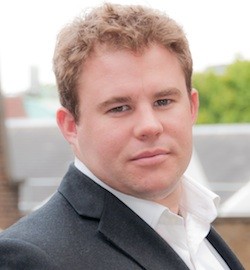 “I wouldn’t be surprised if more market manipulation cases were going to come through,” said Matthew Coupe, director of regulation and market structure at Nice Actimize, a provider of financial crime, risk and compliance software.

“But I don’t think that layering is the only practice that is going on. The more aggressive HFT practices in terms of baiting and inciting volatility into the market is a potential area where people need to look at and review.”

The resolution to the Swift Trade case—the Canadian firm appealed over the FSA’s original decision back in 2011 but a London tribunal last month threw out their protests—is being heralded as a major victory by the FSA in the fight against layering, which is where a trader rapidly submits multiple orders to move a share price in a particular direction before canceling the unwanted orders in a bid to make a profit.

“This was a particularly cynical case where a business model was based on market abuse,” said Tracey McDermott, director of enforcement and financial crime at the FSA.

“The approach taken by Swift Trade was novel and complex, designed to allow them to benefit at the expense of other market users, and to make detection more difficult. The FSA is committed to taking whatever steps are necessary to protect the integrity of our markets whatever the techniques used and wherever the perpetrators are located.

“We urge other market participants to take note of this judgment which makes it clear that layering is abusive. We expect brokers and DMA providers to ensure that their clients implement appropriate controls to monitor their clients’ trading activity closely to ensure that it is not abusive, and to report suspicious transactions.”

The Swift Trade case, though, has probably come at a bad time for proponents of HFT as the MiFID II regulatory reforms, which promise a huge overhaul of Europe’s financial markets including a potential crackdown of HFT itself, are currently at the final delicate stages of negotiation in Brussels.

“Obviously, the announcement of the Swift Trade element is not great for the general PR for HFT,” said Coupe at Nice Actimize.

“It depends on what way the political wind is blowing, but you can guarantee that the politicians in Brussels will have some surprises in store for HFT.”