The push for greater transparency in markets has led to calls for revamping Securities and Exchange Commission rules surrounding execution quality and order routing. The rules, known as SEC rules 605 and 606, respectively, are nearly 15 years old and out of date with current market dynamics, according to industry observers.

“The primary regulations that we interact with customers on are in the best execution space,” John Standerfer, chief technology officer at S3, a provider of execution analytics to exchanges, market makers, and broker-dealers, told Markets Media.

The Financial Industries Forum has formed a working group on disclosure requirements under rules 605 and 606. “We’ve been on all of those calls, and almost all of our clients are on those calls as well,” Standerfer said. “There’s a lot of concern in the industry around the constant mantra of increasing transparency.” 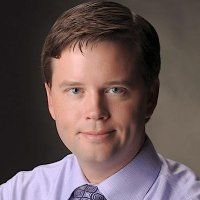 Most of the industry appears to be in favor of having more transparency, but “it’s a very complicated relationship between the broker dealers and the consolidators and then the exchanges. How do you explain that in a table or a pie chart?” said Standerfer.

Consolidators such as Citadel, NYSE, KCG, Citi, UBS, and Susquehanna, play dual roles as both large market makers on the exchanges as well as routers of orders. “The vast majority of retail order flow goes straight to the consolidators, not directly to the exchanges,” Standerfer said. “The retail broker dealer is not making the decision where to execute the order.”

In options, where all orders are executed on exchange, a firm like Susquehanna will decide where the exchange is executed and whether it gets price improvement.

The 605 report covers execution quality by exchanges and market makers, and are publicly available. Each market maker has a link to its published 605 report, which displays information by symbol, order type, order size, such as the average speed an order is executed in, the quoted spread, the effective spread.

“If I’m a retail broker dealer and I’m sending a lot of orders tonight, I can go and pull up NYSE public 605 and get an idea of how the execution quality I’m receiving from NYSE compares to what they’ve published publicly, which is all of the flow that went through NYSE,” Standerfer said. “There’s talk about having all broker dealers publish the equivalent of a 605 style report, instead of only ones that make markets. There’s also talk about having more detail in the 606 reports where it shows the execution quality of the different destinations they route to.”

Broker-dealers should provide public reports of specific order routing statistics and metrics, which could be leveraged from metrics currently reported pursuant to Rule 605, according to a July 28 statement by Sifma president and CEO Kenneth Bentsen. “Providing this information in an accessible and easy to understand format would help retail investors better understand how markets work and enable them to compare performance among brokers,” he said.

The 606 report gives a breakdown of where client order flow was routed. All the retail brokers file these, as well as market makers.

“If you go to Ameritrade or Scottrade or E-Trade or Schwab, they’ll have a link to the 606 that will show their clients where their order flow went, to what destination or what exchange as well as have some information on which destinations are providing the broker dealer payment for order flow,” said Standerfer.