Eye of the Storm: Exchanges and High-Frequency Trading

As the public policy debate over high-frequency trading escalates, exchanges are upgrading technology to cope with rising transaction volumes.

Exchanges have plowed massive investments into upgrading their infrastructures—matching engines, data centers and risk management—to attract order flow from high-frequency traders, who have assumed the role of de facto market makers. At the same time, however, skepticism about HFT runs deep among many in the mainstream buy-side segment of the capital markets. 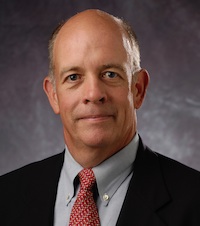 “We are seeing exchanges increasingly becoming technology focused,” said Jim Dunigan, managing executive of investments at PNC Wealth Management, an asset manager. “The result of that is the rise of HFT and algorithmic trading, and that has affected the individual investor.

“Back in the day, I used to be able to explain to a client how their trade was executed. Technology has made the trade process so convoluted and complex that I can’t do that any more.”

In Europe, the European Securities and Markets Authority (Esma), the pan-European regulator, is tasked with creating guidelines aimed at regulating the systems and controls required in an automated trading environment for trading platforms, investment firms and authorities.

Antipathy toward HFT has figured prominently in Europe, as regulators prepare to approve a final version of the review of the Markets in Financial Instruments Directive, or MiFID II.

“Although nobody is suggesting that Esma is paving the way towards a blanket ban on high-frequency trading, it seems clear that an environment of contempt and, in some cases, hostility is being cultivated towards those who operate in this space,” said Richard Bentley, vice-president of capital markets at Progress Software, a software company.

European Crackdown
Although MiFID II had been in the works since well before HFT became a household name, the U.S. ‘flash crash’ of May 2010 when the Dow Jones Industrial Average index plunged 1,000 points, almost 9%, only to recover within minutes put it into bold relief, and regulators have made putting brakes on HFT a centerpiece of MiFID II.

“It will be interesting to see if regulators crack down on HFT and how that will affect all this technology that was built up specifically for high-speed trading and to court that type of trader,” said Dunigan at PNC.

Markus Ferber, the legislator who’s steering MiFID II through the European parliament, has been instrumental in calling for a crackdown on HFT.

“We need a deceleration of high-frequency trade, more retail investor protection and containment of excessive speculation with raw materials,” Ferber said in March when he introduced the latest version of MiFID II, which the parliament is scheduled to vote on on July 10.

Among the controls that Ferber has recommended applying to HFT are minimum resting periods before an order can be cancelled and market-wide circuit breakers.

Providers of exchange technology, and the exchanges themselves, are of the view that HFT is a phenomenon that helps create liquidity for markets, provided that the necessary controls are in place in the form of surveillance and circuit breakers.

“Instead of the sledgehammer, what’s needed is a more precise real-time surveillance nutcracker, which will target specific issues with HFT—i.e. those that unfairly disadvantage other market participants,” Bentley at Progress Software said.

“Clearly, any such solution would need to work across multiple markets and asset classes, to capture the full picture of traders’ activity, but it does seem that the greater transparency this would provide could go a long way towards resolving the issue without driving liquidity from the market.”

For example, the Chicago Board Options Exchange’s (CBOE) primary technology initiative for this year is the roll-out of CBOE Command, a state-of-the-art trade engine technology.

CBOE Command will provide investors with new, customized ways to trade an array of options and volatility products, including SPX and VIX.

The introduction of CBOE Command goes hand in hand with the CBOE’s decision to move its servers to the Equinix NY4 IBX facility in Secaucus, New Jersey By the year’s end, all five of the CBOE exchanges—CBOE, C2, CFE, CBSX and OneChicago—will be housed in the facility.

“The move will virtually eliminate distance latency and reduce order turnaround time for our east coast customers,” said Gerald O’Connell, the CBOE’s chief information officer. “Buying the fastest servers available and being positioned on the east coast will put us in very good shape for the future.”

In the last few years, the Bombay Stock Exchange (BSE) in India has significantly improved the capacity and speed of its matching engine through various projects.

“We are also revamping our entire nationwide network infrastructure to match the latest demands of the industry. This includes improvising the trading system significantly, to handle more complex types of orders.”

At Bolsa Mexicana de Valores, the Mexican stock exchange, messaging activity has grown by as much as 20 times in the last five years to reach a daily average of 1,966,000 messages, said Alfredo Guillen, the chief operating officer of equity markets at BMV Group, the Mexican exchange operator.

“Trading activity should continue to grow at a similar pace in the near future,” said Guillen.
A multi-market, multi-asset trading engine, MoNeT, will be deployed in 2012 with throughput of more than 200,000 messages per second.

“Due to the increase of algorithmic and high-frequency trading, the Mexican Exchange provides access to the buy and sell sides according to international practices,” Guillen said.