New accounting standards in relation to fair value requirements—which will require more transparency and due diligence—are ramping up the pressure on firms who are already being swamped by a plethora of new financial regulations that are affecting the valuation process.

From the beginning of next year, Europe, Canada, Latin America and much of Asia will have to adhere to the International Accounting Standards Board’s new IFRS 13 fair value reporting standard. The IASB, which is one of the world’s two major accounting standards bodies, has harmonized its rules to mirror the Topic 820 fair value rules of the Financial Accounting Standards Body, the U.S. accounting body, which have been in place since 2009. 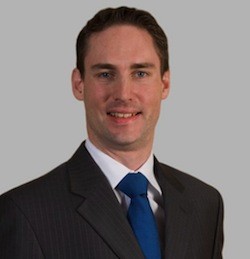 “Any firm who is using the new IASB standards—which is every country outside the U.S. and Japan—will have to change the way of their understanding about pricing and what sources and how they are allocating their prices in their balance sheets,” Anthony Belcher, director of EMEA valuations at Interactive Data, a provider of financial market data, told Markets Media.

“You will have to now price all of your assets at an exit price. Previously, people used a settlement price in terms of how it was settled. Now you will have to use an exit price concept which is the price you would use if you were going to sell or transfer the asset between market participants. So firms really need to get their heads round what they will sell this for in the market place, rather than implicitly what it is worth for that organization. This is a subtle difference; what it is worth in the market rather than what it is worth for an entity.”

Under the new IFRS 13 rules, a three-tiered hierarchy is being introduced for pricing.

“Valuations for each class of instrument is categorized under one of three levels and more detailed disclosures are required for those instruments measured under valuation techniques that rely heavily on unobservable data,” said Belcher.

“So companies have to put assets of their balance sheets into that hierarchy based upon how those prices were derived. If the prices came from an active market and were direct quotes—for example, from a stock exchange with an equity and it was priced following exactly what’s listed on the stock exchange that would be a level one price.

“If the prices are priced indirectly, or the markets are not deemed to be active then that would be a level two asset. The term indirectly is where a lot of fixed income prices come from, where they would use an active price on one asset and apply it to another piece of fixed income with a slightly different maturity.

“Then there is level three, or what would be called model pricing. This is where you would be using a lot of non-market inputs. For example, derivatives or some other complex market structures.

Firms will now need to get a better understanding of where prices are derived and what goes into them.

“So clients that are using third parties for pricing information such as ourselves are increasing the information they require around transparency,” said Belcher.

“Clients want to know the methodology used to price these instruments and what were the assumptions used and the controls used around the processes and how does that fit in with what IFRS 13 is looking for. And, most importantly, what were the market inputs and can you tell what market inputs were used to arrive at that price. This information will really help them meet that fair value hierarchy requirement.”

Belcher added: “Clients generally would want to have as many assets as possible in the highest level so they are really looking to prove to auditors, to clients and to investors the transparency that they have gone through to arrive at that point.”

The fair value accounting rules are being brought in by the IASB as part of an overall aim to reduce hidden risks on balance sheets as well as increase the amount of transparency available to investors.

“Developing international accounting standards is of vital interest to the global economy,” said Hans Hoogervorst, chairman of the IASB, in a recent speech at the London School of Economics.

“The financial crisis has demonstrated how incredibly weak the checks and balances in the public capital markets can be. The banking system was allowed to get horribly risky and leveraged on the back of implicit and explicit state guarantees. We are living in the biggest credit bubble in history and five years after the outbreak of the crisis a global economic catastrophe is still a very real possibility.”

Despite the similarities between Topic 820 and IFRS 13, the U.S. is yet to adhere to the International Financial Reporting Standards, or IFRSs, as issued by the IASB.

“In such a globalized environment, it makes no sense to maintain national accounting standards,” said Hoogervorst. “Of course, we cannot overlook the fact that the U.S. has yet to decide whether and how to adopt IFRS.

“For the call of the G20 for a single set of global accounting standards to remain credible, it is important that progress is made soon.”