“Most large financial institutions are well underway with compliance programs,” said Mark Gilmartin, tax director at Barclays, during a webinar on Wednesday. “Most of these programs began a year ago, and are now reaching the point where they are being tested. Where there is lack of readiness is around counterparty questions.”

Fatca compliance has been a big concern for many financial firms, from a lack of clear IRS guidance to the exceeding complexity of navigating different intergovernmental agreements (IGAs).

“Pesky domestic banking, privacy and constitutional laws might have placed these institutions in the unenviable position of either complying with Fatca and being in violation of domestic law, or complying with domestic law and being in violation of Fatca,” said Roy Berg, director of U.S. tax law at Moodys Gartner, in a blog posting. “Thus, the U.S. Treasury offered cooperating countries a deal: if you enter into an agreement with the U.S., then that agreement (the IGA) will trump the really nasty bits of Fatca.”

Had it not entered into the IGA, Canadian financial institutions would have faced the unenviable dilemma of either complying with Canadian law and risking Fatca 30% withholding tax; or complying with Fatca and risk violating Canadian law. “Unfortunately, as Fatca and the IGAs are designed, there is no middle ground,” Berg said. “The IGAs represent a good deal for the countries that enter into them and, more importantly, the U.S. has the right the collect the information on its citizens, and also the right to impose a sanction for non-compliance.”

The U.S. Treasury has declared that foreign financial insitutions should regard calendar years 2014 and 2015 as a transition period for purposes of IRS enforcement and administer due diligence, reporting, withholding provisions, filing W-8 and W-9 forms and accurately capturing data for their customers. This involves mammoth IT changes for most banks and financial institutions. 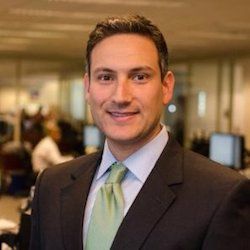 “Our business supports asset managers in their own Fatca processes, so we have a good view on how our clients are struggling with Fatca,” said David Nable, head of North American sales in the prime fund services, Americas, at Credit Suisse, during the webinar. “The first aspect is how to get information on accountholders from disparate sources into a centralized database. How do you code the system to look for U.S. indicia?”

According to Nable, financial institutions have an educational responsibility to make sure that all of their employees who are dealing with accountholders are up to speed on what’s required by the legislation, and to make their Fatca process compliant.

“You can have the most robust systems for searching and scanning for U.S. indicia, but if you have relationship managers who are maintaining documents on shared drives or Outlook inboxes, that’s going to be a problem,” said Nable.