Bakhshi said even if pension funds do not specifically invest in an ethical fund, many now include environmental, social and governance factors in their risk factors for investments. 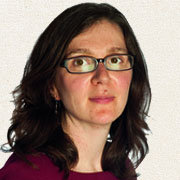 “We have seen a marked change in RFQs,” she added.”You used to just be asked if you had signed up to the UN Principles for Responsible Investment but now get a detailed questionnaire. The level of engagement has ramped up.”

Nest is a defined contribution occupational pension scheme backed by the UK government which was launched in 2010. In September 2012 workers in companies without a pension scheme began to automatically enroll into Nest with contributions required from their employers. In April this year the scheme reached one million members.

Mark Fawcett, chief investment officer at Nest said in a statement: “Corporate debt is an important asset class for long term savers. F&C Investments fixed income team have a sound investment philosophy and approach that we expect will deliver strong and consistent performance, coupled with best in class governance around the formation and execution of ethical investment policies.”

F&C launched Europes first ethical fund, the Stewardship Growth fund, 30 years ago in 1984. Bakhshi leads a team of 13, who are independent of the fund managers, and provide analysis of ESG factors for a range of funds. F&C Investments managed total assets of £83.4bn at the end of last year according to the Annual Responsible Investment Report for 2013, which was released in March this year.

The ethical bond fund has similar criteria to F&C’s ethical equity funds which are screened for ESG factors and do not allow “sin stocks” such as weapons manufacturers or tobacco companies, but also includes firms who only issue bonds.

“We are active stewards of capital and vote on all the companies that we can,” Bakhshi said.

During 2013, F&C Investments engaged 716 companies, across nearly 50 countries on a wide span of ESG issues and said it achieved almost 300 instances of change. It voted in over 59,000 resolutions in the year, and supported management in almost 76% of proposals, 2% more than in 2012, according to the report.

Bakhshi said F&C believes it is important to engage with companies to help them improve their ESG performance and encourage best practice as this leads to improvements in long-term fund performance.

Investments proposed by F&C fund managers are screened by Bakhshis team. “A good number are turned down,” she added.

The governance & sustainable investment unit uses third party data providers to provide publicly available ESG data but supplements this with one-on-one meetings. The team also makes an overall judgement on a companys commitment to ESG based on factors such as their management systems, any major controversies and the sustainability of their operations.

Bakhshi said it was common for F&C to disinvest due to a change in a companys strategy or governance. She gave the example of a large emerging markets company where board independence deteriorated as it appointed new directors.

“A few years ago only small number of emerging market companies understood the value of dialogue with investors but as they draw in foreign capital and acquire developed market companies that is changing,” she added. “Our experience shows that it is important to understand local context so we have an analyst from Hong Kong looking at Chinese companies which helps with engagement.”

Last year the fund manager did not support a single pay plan at any of the major US or UK banks according to its Annual Responsible Investment Report. It also engaged on factory safety in Bangladesh and corporate governance practices in Japan which F&C said severely lag those of its developed world peers.

The report said: “In 2013, Japan was the market with the highest levels of votes against management, with F&C Investments voting against 62% of resolutions. However, signs of change were evident; with a record 112 companies opening up the board to outsiders for the first time.”

“We are trying to assess the impact of climate change policy and whether the reserves of oil and gas companies will become uneconomic, she said.” Our clients are asking us about due diligence on extractive companies and whether their capital expenditure includes stress testing the full range of changes in fossil fuel demand.”

In January F&C agreed to be acquired by Canadas BMO Global Asset Management and the deal was completed on May 7, when the UK company delisted from the London Stock Exchange.