The UK Financial Conduct Authority warned that asset managers should transition their hedges  from Libor before the reference rate disappears and liquidity in related derivatives begins to decline.

The majority of fund managers, 80%, use Libor-based derivatives for hedging and 90% use the rate as a benchmark for at least one fund according to a survey from the Investment Association last week.

Megan Butler, executive director of supervision – investment, wholesale and specialists at the FCA, gave a speech on the shift from Libor to the Investment Association in London last week. 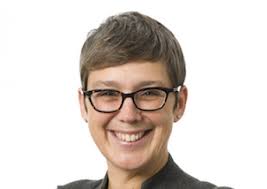 She said: “We strongly encourage asset managers to transition their hedges and positions over to Sonia before Libor disappears, and before liquidity in Libor-derivatives begins to decline.”

The UK has adopted the Sterling Overnight Index Average (Sonia) as its new risk-free reference rate to replace sterling Libor. After the financial crisis there were a series of scandals regarding banks manipulating their submissions for setting benchmarks across asset classes, which led to a lack of confidence and threatened participation in the related markets. As a result, regulators have increased their supervision of benchmarks and want to move to risk-free reference rates which are based on transactions, so they are harder to manipulate and more representative of the market.

Butler described Libor as an anachronism as the unsecured interbank lending market has dwindled and the eurocurrency markets no longer exist as a distinct entity. She said: “Meaning Libor is essentially measuring the rate at which banks are not borrowing from each other.”

“So far this year, we’ve seen 15 issues (from banks, sovereigns, and supranationals) that have referenced compounded Sonia, with a total value of about £8.7bn,” she added. “This already exceeds the £6.9bn issued in the six months prior.”

According to Butler 130 investors have purchased the £15.6bn of Sonia issuance.

She continued that in the derivatives markets, the monthly average of Sonia cleared over-the-counter derivatives was £2.1 trillion in 2017 but grew to £4.2 trillion a month last year.

“The notional traded monthly in Sonia cleared, over-the-counter derivatives is now broadly equivalent to that of sterling Libor,” added Butler. “Albeit it’s important to remember that there is still heavy use of Libor, including new contracts. There’s currently £60bn in bond issuance that references sterling Libor, and matures post-2021”

Butler noted that transition is slower on the buy side than on the sell side but asset managers will have exposure to Libor in multiple areas including hedging strategies using Libor-referencing interest rate derivatives, and investments in bonds or other securities in which interest payments that reference Libor.

“In terms of floating rate notes, we have seen industry estimates that – looking across all five Libor currencies – there are around $870bn in outstanding bonds that reference Libor mature after end-2021,” she added.

She continued that reducing this stock of outstanding bonds is not straightforward.

“But we’re also conscious that a lot of the market believes that in the future, liquidity will be concentrated around the overnight rates. This is already the case for Sonia-based swaps and futures,” she said. “It is also the case for Sonia – and indeed Secure Overnight Financing Rate (SOFR)– based bonds. Waiting for term rates is not, in our view, a reason to delay transition.”

She stressed that firms need to end their reliance on Libor by the end of 2021.

“Billions of dollars-worth of financial contracts needs to move on to a new benchmark rate,” she warned. “If this transition is chaotic, it could have serious repercussions.”

The Investment Association, which represents UK asset management, and consultancy  Oliver Wyman, launched a roadmap to guide asset managers through the transition from Libor.

Great to be at the @InvAssoc's #LIBOR transition seminar. Some interesting and thought-provoking comments to takeaway. Megan Butler: "LIBOR is an anachronism… essentially measuring the rate at which banks *don't* lend to each other."

The report outlined the steps designed to help asset managers complete the transition by 2021, the date by which the FCA plans to retire the benchmark rate. 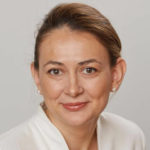 Galina Dimitrova, IA director for Capital Markets, said in a statement: “The transition date is fast approaching and we are encouraging firms to set their plans in motion to ensure a smooth switch to Sonia. Each jurisdiction is moving at its own pace, with slightly different rates coming out of the end of the process. Firms must therefore not only focus on Sonia, but other global benchmarks as well.”

The survey found that almost three-quarters of asset managers said they had already invested in Sonia instruments in 2018.

The US has selected SOFR as the new risk-free reference rate to replace US dollar Libor, which began to be published in April last year.

The Alternative Reference Rates Committee said in the minutes for its meeting last month that volumes in futures trading have grown rapidly in the short period since SOFR began production, and that further development of the SOFR swap market would be facilitated by increased hedging activity that would result from a higher volume of SOFR-linked cash instruments.

The minutes said: “The ARRC Chair suggested that the outreach working group should work with CME, ICE, and LCH in order to publicly disseminate metrics around current activity in the SOFR derivatives market.”

In addition Federal Reserve economists intend to publish a staff working paper on indicative forward-looking term rates derived from SOFR derivatives in the first quarter of this year.

“It was also noted that derivatives were expected to use and fallback to a compound average of the overnight risk-free rate,” said the minutes. “Members agreed that many market participants could use compounded or simple averages of SOFR and that it would be counterproductive if they delayed their transition of cash products away from Libor in waiting for a robust, IOSCO compliant forward-looking term rate that could be recommended by the ARRC.”