The Federal Reserve’s announcement that it would begin tapering, and the market’s muted reaction, is a sign that economic tailwinds are picking up.

The Federal Reserve decided to begin tapering—albeit a “tiny taper” of $10 billion—at its December FOMC meeting. “The decision follows its stunning announcement back in September not to pare its asset-purchase program,” said Kristina Hooper, U.S. investment strategist and head of U.S. capital markets research and strategy at Allianz Global Investors. “It also surprised the market by tapering an equal portion of government securities and mortgage-backed securities.”

In its prepared statement, the FOMC cited its belief that economic growth is improving enough to begin reducing quantitative easing. Specifically, the Fed has presided over a substantial drop in unemployment—from 7.8% to 7%—since QE3 began in September 2012. 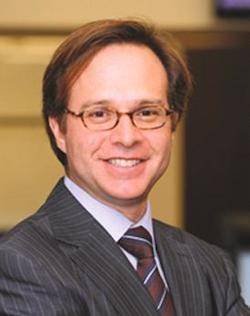 “The Fed may have grown more comfortable with tapering because the recent budget deal in Washington removed two key headwinds: another government shutdown and a fiscal drag in 2014 stemming from the sequester,” Hooper said.

“The step back signals the Fed’s confidence that the economy is on firmer footing while at the same time reinforcing its goals to keep monetary policy – in the form of zero interest rates – low for longer,” he said.

“This won’t be a big shock for bonds, because there’s still plenty of easy money in the global financial system, as the Fed promised again,” Rosenberg said. “That’s not to say interest rates won’t move higher over time. We are looking for the 10-year U.S. Treasury to rise by around 50 basis points (0.5%) on the back of stronger growth next year.”

Rosenberg noted that while the bond-buying program will be slowed, to avoid negative economic consequences of a sharp rise in rates, the Fed will likely keep the short-term fed funds rate low for an extended time. “This is the sugar in the Fed’s communications,” he said.

However, significant issues still remain—some of which Fed chair nominee Janet Yellen has cited in recent months—so it’s likely that the taper will be gradual, according to Hooper.
The labor-market recovery remains flawed with a low labor-force participation rate and a high percentage of unemployed Americans who have been out of work for 27 weeks or more. Anemic pricing as seen in both the recent PPI and CPI numbers, which suggest there’s a threat of deflation. Despite the budget deal, there’s still some uncertainty around the debt-ceiling debate this spring.
Yellen has cited a “third objective” of the Fed: maintaining the stability of financial markets. A gradual tapering could be crucial to ensuring that stability.

“Think of tapering of quantitative easing as a dial,” Hooper said. “Just as people adjust their thermostats, the Fed will likely be adjusting QE based on the strength of economic data. But don’t expect a huge change in stance once Yellen takes the helm, especially given that she voted for tapering to begin.”

Hooper continued, “It’s a vote of confidence for the economy. The Fed has said it would not start reducing support until it believed the economic recovery had legs. Most importantly, expect monetary policy to be looser for longer. The Fed will likely remain very accommodative even though tapering has already started.”