The final stage, phase 6, of the uncleared margin rules come into force on 1 September 2022 and are expected to affect more buy-side firms.

Regulators have been phasing in uncleared margin rules since 2008 to reform the over-the-counter derivatives market and encourage a shift of more products into central clearing following the global financial crisis.

“Phase 6 applies to entities with uncleared OTC derivatives portfolios of €8bn or greater.” added Macfarlanes. “This is expected to catch a larger number of the buy-side.”

CME Group said on its website that since the uncleared margin rules went live in 2016, only a small number of firms have been impacted by previous phases. The exchange added: “But by September 2022, an estimated 1,000+ additional entities will be subject to UMR for initial margin.” 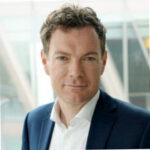 Paul Houston, global head of FX products at CME Group, said in an email that UMR will start to act as a catalyst for a new category of investment managers to alter their approach, which market participants will see the impact of over time.

“Increased usage of cleared alternatives to bilateral FX options for initial margin efficiencies is likely to be a prominent factor moving forward, as well as the ongoing move to listed FX futures away from FX forwards,” he added.

Derek Coyle, European custody product manager at Brown Brothers Harriman, said in a blog that spot and physically settled forward foreign exchange forwards do not fall within the scope of UMR , but FX forward exposures count towards a client’s notional amount threshold calculation together with other kinds of FX exposures.

With the final phase of the Uncleared Margin Rules (UMR) taking effect in September, we discuss how the regulation on posting and collecting collateral as initial margin for OTC derivatives will impact the pension fund and asset manager community. https://t.co/fyBLgIUe2S

Coyle said: “In view of the impact to OTC FX activity, many firms are considering switching to cleared arrangements.”

Coyle continued that the rules also impact securities lending participants, especially those on the buy side. “They will need to access collateral that is eligible for initial margin and ensure their counterparties are in agreement regarding the type of collateral that will be made available,” he added.

The UMR will also impact on post-trade services providers as initial margin for non-cleared derivative transactions will have to be posted at an independent third-party custodian or tri-party agent according to Coyle.

“There will be increased pressure to open and maintain collateral accounts at custodians or third-party entities in a timely manner while also working to streamline the negotiation of Account Control Agreements (ACAs) between clients/asset managers, custodians and broker/dealers,” Coyle added. “In addition to the need to open and manage new collateral accounts, there will be increased cash and securities movements, compressed settlement timelines and a greater demand on same day settlements.”

Christian Geiger, head sales management securities finance at SIX, said in an email that the market infrastructure provider for the Swiss and Spanish financial centers has seen an increasing client demand for a tri-party collateral management solution with the final phase of UMR coming into force.

“Complying with UMR and posting initial margin has never been easier with the solutions on offer but for those in scope or soon to be in scope, steps should be taken now to minimise the operational burden now that phase 6 is in effect,” Geiger added.