The International Swaps and Derivatives Association is exploring alternatives to ISDAfix, its industry-leading benchmark for annual swap rates for interest rate swap transaction, at the same time as new benchmarks are being proposed by other organizations.

“At the time ISDAfix was launched, we were employing best practices like Libor,” said Stephen O’Connor, chairman of Isda, at a press briefing on Thursday. “We are looking at ways to improve it.” 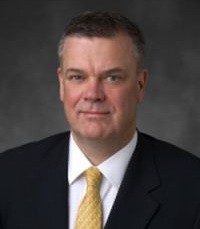 ISDAfix rates are based on a midday and, additionally in some markets, end-of-day polling of mid-market rates. Contributed rates are collected by Thomson Reuters or ICAP, tabulated and then posted alongside the calculated ISDAfix rate on the applicable Thomson Reuters screen at various times throughout the day.

Meanwhile, Clarus Financial Technology has launched SDRfix, which it calls a new index for a post-reform world. The SDRfix index is based on actual transactions data sourced from the U.S. Swaps Data Repository (SDR), DTCC DDR.

“By releasing SDRfix, which we believe is the first index determined only from transactions reported to an SDR, we are showing the additional value that can be extracted,” said Amir Khwaja, CEO of Clarus Financial Technology. “In our benchmark design and construction work, we have considered how to make the index as transparent and free of conflicts as possible and we have also benchmarked how SDRFIX performs against a comparable index such as ISDAfix.”

The financial industry has invested a lot of time and effort in complying with the Dodd-Frank Act and Emir directive requirements to report OTC derivative transactions to an SDR.

“We believe the value of this investment should not be solely for the benefit of regulators,” Khwaja said. “We believe that SDRfix is a relevant, useful and transparent index, that has the potential to be widely used in the derivatives industry.”

SDRfix complies with the recommended practices specified in the Iosco paper “Principles for Financial Benchmarks,” which was issued in July 2013.

In particular the key principles of Benchmark Design, Data Sufficiency and Transparency of Benchmark Determinants, as detailed by the following points extracted from the Iosco paper are: 1) take into account the size and liquidity of the relevant market; 2) be anchored by observable transactions entered into at arm’s length between buyers and sellers in the market; 3) ability to understand how the determination was developed, including the size and liquidity (meaning the number and volume of transactions submitted.

O’Connor noted that Isda is looking to modernize ISDAfix in light of SEFs and swap repositories, neither of which existed when ISDAfix was launched.

“In the SEF world, all liquidity goes there, and if you take a snapshot across order books of SEFs, you can get an ideas of where the market will trade,” he said. “ISDAfix in its current form asks dealers at a precise time of day where they will quote, and with SEFs, it’s pretty much the same thing.”

O’Connor serves as vice chairman of the Financial Stability Board’s Market Participant Group, which was established this year to propose options for robust reference interest rates that could serve as potential alternatives to existing benchmark rates, and which are consistent with the Iosco principles.

The MPG is to provide an interim report and draft recommendations by the end of this year, and its final report by March 2014.

“We will conduct research and ultimately come up with recommendations,” O’Connor said. “The deliberations of the MPG will have market impact but will not be commented on until the final report has been issued.”