Illuminate Financial was launched in 2014 to invest in fintech companies in capital markets that create change through providing solutions for cost, control, capital efficiency or compliance with regulations.

On 1st December 1913, Henry Ford introduced the assembly line at his Detroit factory for Model Ts, changing the face of industry forever.

The footage below shows exactly that assembly line, along with a tour around the Detroit plant in 1929. pic.twitter.com/m7UtivuyGN

Henry Ford launched the world’s first moving assembly line in December 1913 at Highland Park. The new process enabled the assembly time for a single Ford Model T to fall from 12 hours to about 90 minutes and the price of the car to eventually drop from $850 to less than $300.

Whitcroft said in a keynote presentation at ISDA’s Technology & Standards Conference in London yesterday that a generational change is taking place in capital markets, including derivatives. He explained that Ford made revolutionary changes to the production line through manufacturing all of its components on site for the assembly line. In contrast Tesla, the electric car manufacturer, uses best-in-class components from many vendors and only manufactures engines and batteries.

This mean firms need to choose different components to solve specific problems, which then add together to give best of class performance. “Firms need to look at vendor relationship management for procurement and integration,” said Whitcroft.

He stressed that this change will not happen quickly. “The short-term impact of fintech is being over-estimated but the long-term affect is under-estimated,” Whitcroft added.

Illuminate has seen pitches from more than 1,500 firms in the three and a half years since the venture capital launched and said fintech providers are looking at every aspect of the trade lifecycle, from pre-trade through to execution and post-trade. He added that while progress has been made towards straight-through processing, the industry needs to improve round-trip processing. 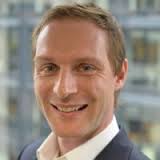 “What happens when the data you send out doesn’t come back ?” he said. “You need to consider whether your counterparty has the infrastructure to respond efficiently. The cloud has led to democratisation of infrastructure which can raise efficiency levels and benefit the whole network.”

Whitcroft gave the example of CloudMargin, a web-based collateral and margin management solution, which was Illuminate’s first investment in 2015.

He said: “Legacy providers offered solutions to the sellside. However, the buyside was still using a combination of email, spreadsheets and phone calls.”

Whitcroft continued there will be winners and losers from this transformation in financial services. For example, Ford could eventually built a Model T every 24 seconds and by 1927 sold half of all automobiles.

He added that partnerships are becoming increasingly important, not only between start-ups but also between incumbents and fintechs. As a result Illuminate Financial has expanded its team to better connect fintechs and financial institutions.

The venture capital firm has hired Roger Spooner as head of strategic relationships. Spooner spent over a decade at data analytics provider IHS Markit, serving in a variety of roles including head of EMEA sales and head of global client management. Prior to that, he was a managing director for UBS Investment Bank and WestLB where he was global head of primary markets.

Mark Beeston, founder and managing partner of Illuminate Financial Management, said in a statement: “While venture investment in fintech has grown significantly in recent years, a portion of this capital lacks crucial ‘value add’ services that are essential throughout the growth cycle. We see our ability to provide more than just capital injection to promising early stage businesses in the capital markets sector as a significant differentiator.”