The slog that has dated back to the global financial crisis of 2008-2009 showed signs of clearing last year, as the 2012 U.S. presidential election and its attendant uncertainty had passed.

“Finally the market did well and the election year was behind us,” said Revi Goldwasser, chief executive of recruiting firm Wall Street Personnel. “We saw new positions from all facets: sell side, operations, portfolio management, (and) compliance.”

The Wall Street job market has its own dynamics and intricacies but it is largely dependent on the overall economy, as more confidence begets more companies listing on exchanges, more trading and investing, and more spending on ancillary services such as technology and data. In that regard, expectations have ratcheted up – economists polled by the Wall Street Journal forecast on average that the U.S. will add almost 198,000 jobs a month this year, more than the 189,000 jobs added per month in 2013 and the highest estimate since 2005.

As would be expected amid a sweeping U.S. and Europe regulatory, compliance in an especially hot area. Financial firms “want to make sure they are showing their clients, whether on the institutional side or the high-net-worth side, that they are following rules and regulations and making sure everyone is in compliance,” Goldwasser said.

While this is good news for compliance professionals, the scope of new regulations is damping the job market overall, as is the uncertainty that still lingers amid a multi-year implementation timeframe. 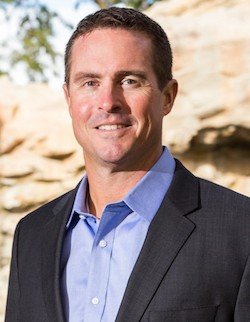 “There are still a lot of unknowns,” said Chadrin Dean of Integrated Management Resources. “We won’t see robust hiring coming around until the government tells the banks what they can and can’t do. You have to know where the goalpost is before you can play the game.”

As the market for full-time, permanent positions slowly gathers strength, the trends of outsourcing and hiring shortterm consultants appear here to stay. In the wake of the financial crisis companies increasingly looked to cheaper and more efficient options for back-office operations, including third-party providers domestically and abroad.

More cost-constrained companies are also looking to hire consultants to take the place of full-time employees for junior and mid-level roles. “If it comes down to an employee leaving the firm, they are not necessarily replacing that hire with a full-time person,” said Steve Fleming, managing partner at recruiting firm Wall Street Options. “They go with either getting other people to share the workload, or they are going to hire a consultant on a short-term or long-term basis. There’s no compensation, unemployment, (or) severance.”

While this does not bode well for recent college graduates in general, there are pockets of strength, Fleming identified private bank platforms and high-net-worth client businesses as two in particular. “All the banks are ramping that up, trying to get capital out of the private bank consumers, globally as well,” he said.

Dean expects steady hiring in 2014, but probably not a significant increase compared with last year. “There’s just no catalyst that we see — nothing that’s going to cause great volatility, unless we have some international event,” he explained.

Goldwasser, however, has seen enough signs in the last few years to be optimistic, and is more confident there will be sustained growth over the next decade. “The market is going to expand and the talent pool is going to constrict,” she said.

The recruiter noted that recently, one of her candidates turned down two positions. “That’s how you know you are going back into an expanding environment,” she said.