Sign up to receive exclusive articles on topics including: Select one or more newsletters you would like to receive:
Close popup
Sectors
By Terry Flanagan
Institution

As Italy heads to the polls to elect its new government, many market practitioners are fearful that a negative outcome could bring the eurozone debt crisis bouncing back on to centre stage.

“The eurozone debt crisis isn’t over, it has been frozen for some months, but the basic problems still need some kind of solution,” said Timo Ritakallio, deputy chief executive and chief investment officer at Ilmarinen Mutual Pension Insurance, Finland’s second largest pension fund. 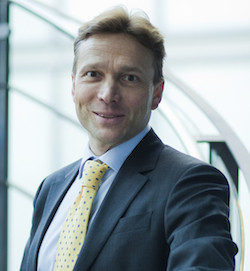 “This year will be very challenging. We will see a very tough time in the eurozone economy for this year and next and it seems that this kind of development will also continue after 2014. It will be a very slow growth environment.”

Lingering doubts over the parlous state of many European economies has forced the Ilmarinen pension fund to look further afield as it begins to slowly alter its asset allocation splits. As of the end of 2012, around 45% of the Ilmarinen portfolio was invested in fixed income and just under 40% in equities, with the two asset classes making up the bulk of the €29.5 billion pension fund. Real estate accounted for just over 10%.

“We are making changes step by step,” said Ritakallio. “Our strategy is to increase our investments in different asset classes outside the eurozone in both equities and fixed income.”

And then there is the specter of inflation to contend with.

Regulations, too, are a major concern for Ritakallio.

“There is a regulatory tsunami,” he said. “In the banking sector, the return on equity levels will be on a lower level than the last decade before financial crisis. This impacts on our investment strategy when we are talking about equity investments.”

But it is this week’s Italian general election result that could bring about immediate instability to the region’s markets.

“If a populist party wins it can mean that worries will immediately come back,” said Ritakallio.

And it is these populist parties in Italy—such as Beppe Grillo, the comic-turned-politician, with no discernible policies who may attract upwards of 20% of the vote—that are causing the market to fret.

And then there is the center-left Pier Luigi Bersani, an ex-communist who has distanced himself from some austerity policies and labor market reforms, but whose likely victory could also send markets tumbling.

“Whilst the early headlines were all about the Technocrat (Monti) vs the Plutocrat (Berlusconi), it has become clear that the popular vote is likely to go to Pier Luigi Bersani,” said Nancy Curtin, chief investment officer of the asset management arm of Close Brothers, a U.K. financial services group.

“There are fears for a return to lax fiscal policies which could drag Italy into the debt crisis.”