In 1969, man walked on the moon, but the U.S. stock market was closed for business one day per week to manage paperwork.

In 2019, buy and sell orders execute in nanoseconds and the entire trade life cycle is electronic.

The evolution of financial technology has been perhaps the biggest theme in the capital markets business over the past half-century, as the landscape has tectonically shifted from a hodgepodge of antiquated, manual processes, to a screen-based system with efficiency, transparency and speed that traders of yore could only dream about. 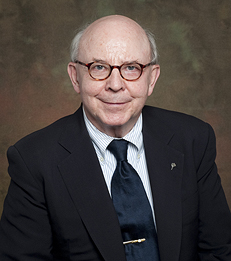 “Fifty years ago New York Stock Exchange technology was still traders and brokers running around on the floor with paper slips, making trades and clearing them,” said Richard Sylla, Professor Emeritus at NYU Stern School of Business. “They actually had to reduce the hours of the exchange just to catch up.”

“Back then, before the widespread use of computer technology, a big trading day was 10 milion shares,” Sylla noted. “Fast forward to today, they trade 10 million shares in the first few minutes at the open.”

In 1969, the New York Mets won the World Series, Richard Nixon was in the first year of his presidency, and buyers and sellers of stocks interacted in pretty much the same way they interacted when the exchange was founded in 1817.

“Equity markets operated on a principal basis,” said Ralston Roberts, CEO of Instinet Incorporated, the agency-model broker founded in 1969. “Members of the Exchange sat between investors, controlling price formation and discovery — not only charging trading commissions to their counterparties, but also capturing the spread between buyers and sellers.” 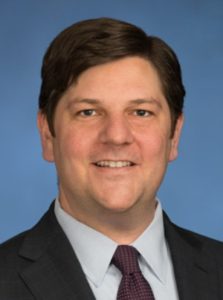 “There was little to no transparency, no direct access to the markets or other investors, and the costs of trading were high,” Roberts continued. “Forget doing analysis on anything such as “best execution”. The market operated much as it had for over a century – as an open outcry exchange – with manual processes and long, sometimes messy settlement periods.”

But change was in the offing. Instinet’s launch as the first Electronic Communication Network was the first milestone in electronic trading. In 1971, securities dealers formed the National Association of Securities Dealers Automated Quotations, or NASDAQ, which posted bids and offers on an electronic bulletin board. NYSE entered the realm of electronic trading later in the decade.

The computers and pipes worked as trade enablers– it was the mindset of market participants that was the biggest hurdle. “The notion that computing technology and electronic connections might be used for exchanging orders seemed crazy to most people.”

The premise was that an anonymous buyer, communicating with an anonymous seller and with no intermediary, would establish a price and execute a trade, at a fraction of the cost of a traditional order. “But this simple interjection of a competitor to the status quo, and the rising interest in new mainframe computers began to spread across Wall Street,” Roberts said

After some time for electronic trading to find its footing in the marketplace, the 1990s saw rapid growth in online trading over the internet, and then algorithms and high-powered computing enabled rapid advances in trading speed and capacity in the 2000s and 2010s.

Specific fintech developments over the past half-century include the rise of desktop computing and financial workstations, as well as broadband and mobile communication systems; the Financial Information eXchange (FIX) protocol for electronic trading, which was first authored in 1992; and the emergence of exchange-traded funds as modern index investing vehicles. That’s according to Spencer Mindlin, Senior Analyst at Aite Group. 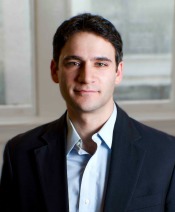 “Fintech has dramatically reduced risks and costs for the entire supply chain of capital markets,” Mindlin said. “The scale efficiencies from technological innovation have matured such that the frictional cost to trade in capital markets are nearly zero. Broadly speaking, when looking at both primary and secondary capital markets, the ease at which entrepreneurs may utilize the public market for capital formation and end investors may participate in the growth of the American economy is unparalleled.”

Fintech advances over the past 50 years have boosted multiple market constituencies, ranging from exchanges to technology providers to trading firms. And perhaps the end-user investor most of all, who according to Roberts has benefitted from transparency, lower trading cost, narrower bid-ask spreads, more access to marketable liquidity, and a broader set of investment opportunities.

As for the future, while emerging technologies such as machine learning, blockchain, and cloud have gained varying degrees of traction in 2019, it remains to be seen what the next 50 years will bring in terms of transformative change.

NYU’s Sylla noted that economic history has shown that technology does not advance linearly; rather, periods of rapid advances can be followed by periods of less innovation, as the technology spreads.

Roberts and Mindlin see a robust fintech future. “The pace of innovation and adoption of new technologies seems to be accelerating, rather than leveling or decreasing,” Roberts said. “The availability of ‘big data’ and advanced computer processing has led to machine learning and AI, as well as whole new disciplines of quant research.”​